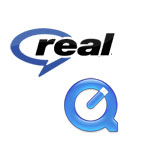 If you’re working in the media business today, you have to be thinking about the five most important digital consumer touchpoints: email, websites, paid search, display ads and video. And, if you’re like most of my clients, this is an ongoing, dynamic, relatively expensive process.

Over the past few months there have been some significant developments in the techno-zeitgeist and I thought it would be a good idea to take a shallow dive into the sure-to-be-confusing, strategic-hell that is just over the horizon.

Sites came in two flavors, static and dynamic. If you had someone who could program in HTML, you were halfway there. If you needed a more complicated site, adding some database people, content management software and cascading style sheets put you in business. Yes, Flash sites were big for a heartbeat, but then the SEO/SEM guys demonstrated why they were eponymously named. And, last but not least: RSS and XML are still all the rage.

What all of these (forgive me) Web 2.0 applications and protocols have in common is that they sit on your servers and people can visit them using the public Internet. In order to program a rich media web experience with moving images, exciting interactive text, graphics, video and sound your biggest strategic issue was what operating system to employ (Windows, Linux, Unix, BSD, etc.). And, maybe how serious a database you wanted to use (Oracle, SQL, MySQL, SAP, etc.) Some of these decisions could be made on the basis of cost. But, in many cases, whoever was handling the IT was a member of a pseudo-religious cult which dictated that its’ disciples and supplicants would use a specific operating system, programming language, database structure and high-level content management. You were happy not to be asked.

That was yesterday. Here’s what’s on the way.

By sometime late next year, a vast amount of Television will be distributed through a service layer over the public Internet. And, a fair amount of the value you receive from your life online will come to you courtesy of new class of platforms that sit between traditional operating systems and applications. These platforms will not have to live exclusively on your servers to be meaningfully deployed. More importantly, the cost and speed-to-market benefits of many of these new approaches to Internet life will render older, more traditional web and Internet installations obsolete.

This Spring Adobe will release Air, the Adobe Integrated Runtime. And sometime in the next few months, Microsoft will release a heavily anticipated, vastly improved beta version of Silverlight.

Adobe AIR, codenamed and originally called Apollo, is a cross-OS runtime environment for building Rich Internet Applications, using Flash, Flex, HTML and Ajax, that can be deployed as a desktop application. Currently, beta-builds of Adobe AIR are available from Adobe for the Mac OS X and Microsoft Windows operating systems. A Linux version is expected in the third quarter of 2008.

Some compare Silverlight to Adobe AIR, but Silverlight most directly competes with Adobe’s ubiquitous Flash Player as both are browser plugins intended to allow browsers to render vector graphics combined with interactivity, video, audio, and bitmap graphics.

What this means in practice is that committing to a player may soon be less important than committing to a programming environment with a headcount that can support your choice. There are a zillion Flash programmers out there. Know anybody whose got their AIR on? You will have too. Not because Flash is over, but because AIR (and maybe even Silverlight) will represent the new paradigm in integrated consumer experiences. Will you let the High Priest of Microsoft in your IT department force you to use Silverlight because his teams program in VisualBasic.net and the .Net framework? That’s an easy one, let’s get to the hard part.

How hard is it to build a social network? You won’t have to find out. Facebook has not only made its site available to third party programmers, they are now licensing the entire Facebook Platform to other social network sites. This will ultimately empower a degree of interoperability that is (at the moment) unimaginable

Why should you care? If you are about to spend a bunch of money and development time building out the social network functions on your site, using Facebook as a programming environment is not something you can ignore.

To that end, Google’s OpenSocial may be the most significant announcement in the world of social networking. Their open source protocol has received wide support from Bebo, Engage, Friendster, hi5, Hyves, iMeem, NetModular, mixi, MySpace, Ning, Plaxo, Six Apart, LinkedIn and many more.

Is the future of website design simply the integration of open source platforms? If so, can you afford to spend money developing custom applications designed to run in an isolated environment? Where does the video player end and the platform begin? Where does content management start and the platform end? After you spend $2 million dollars developing a “media experience,” will two pre-teens use WordPress, OpenSocial and a few free third party plug-ins to create a better version for pizza money?

By this time next year, you may be posting ads looking for Facebook programmers or Android specialists. You may be in desperate need of an Opensocial guru or even a designer with Adobe AIR chops. And all of the work product may live on the Google Grid and be backed up on Amazon’s JungleDrive.

The overwhelming lesson here is simple. It is about to become extremely inexpensive to create full-featured, consumer-oriented digital media experiences. Don’t get caught spending too much on archaic infrastructure – it is an unsurvivable mistake.