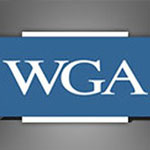 Before we start, I want to make it clear that the strike is not about money — it is about how money is counted. The studios enjoy a certain amount of opacity in their accounting practices and census-based financial metrics are antithetical to their business model. This issue is fully understood by both sides and I’m sure it is not on the table.

In lieu of restructuring the fundamental financial model of the commercial production business and reducing incentives for the pool of risk capital so seriously that nothing except “bean-counter bankable” fodder could be green-lit, they are apparently discussing how each side sees the future with 2007 eyes. Hmmmm.

I am not in the room and there is no point in Monday-morning quarterbacking these negotiations. Both sides employ professional negotiators and they’ll work this out amongst themselves. What I’d like to do is to point out some of the technological realities the current offer does not take into account.

After the first year, following the companies’ proposal, reuse is paid on a percentage formula,” the WGA said. “We held to our proposal that the appropriate rate for that payment is 2.5% of distributor’s gross and the same rate should also apply to streaming of theatrical motion pictures.”

This formula marks a change from the WGA’s previous position on the streaming of TV shows, where it was seeking a flat 2.5% of gross revenue. Now, it only is seeking that 2.5% rate after the first year of streaming a TV show.”

Wow — did I miss the memo? Who in their right mind thinks that the “number of video streams per quarter is a readily ascertainable number.” First of all, what is a stream? Is it defined as an open socket between a server and a client? What if the stream is peer-assisted? Does that count? How about progressive downloads that are abandoned before they are viewed in their entirety? Are they considered downloads or streams? What about downloads? Do they count? How about off network plays of previously downloaded material that actually has a reported playcount? Wait … there’s more. How about VOD streams over closed IPTV networks? That’s what the cable industry is about to turn into — technically every one of those plays is a video stream. Does it count if you stream data that updates creative on an HD-DVD or BluRay to change story arch or release additional material that creates a derivative work? I could go on for about thirty pages and not come close to creating a complete list.

Thinking about residuals on a per-stream basis is as archaic an idea as thinking about getting paid per-use. It makes absolutely no sense at all.

The writers want to be paid for their creative input. Everyone agrees that they should be paid. Although I am biased toward the creatives in this particular case, even a seasoned producer should not have the temerity to assert that writers are not entitled to their fair share. As the cliché goes, “if it ain’t on the page, it ain’t on the stage!”

So, what to do? The writers must hold out for a cut of the money. Not usage — money. Get the risk managers in the room and figure out a way to get a cut of the gross revenue or even gross profit (defined as gross revenue less cost of goods sold). There is no other way to fairly compensate them. If the writers actually agree to some formula that contemplates “per use” of their work, they are going to get screwed. And the screwing they will get this time will make the home video deal look like a trip to Disneyworld.

Streams cannot be counted. Not now and not in 10 years. They can be estimated, they can be fudged, they can be absolutely anything that the publisher wants them to be. Don’t be fooled by the alliance with advertising dollars. This is not a metric that is going to survive very long. It is true that advertisers want accountability and measurement, but they also measure ROAS (return on advertising spend). Their ROI calculations are not only based on the number of plays, they are based upon more important metrics like lift, purchase intent and brand awareness. Tying your financial future to a practically meaningless metric is a very big mistake.

I hope the strike ends soon. But the solution must be fair to both sides. Getting paid per stream is not a win — no matter how you look at it — remember, it’s all about the money.