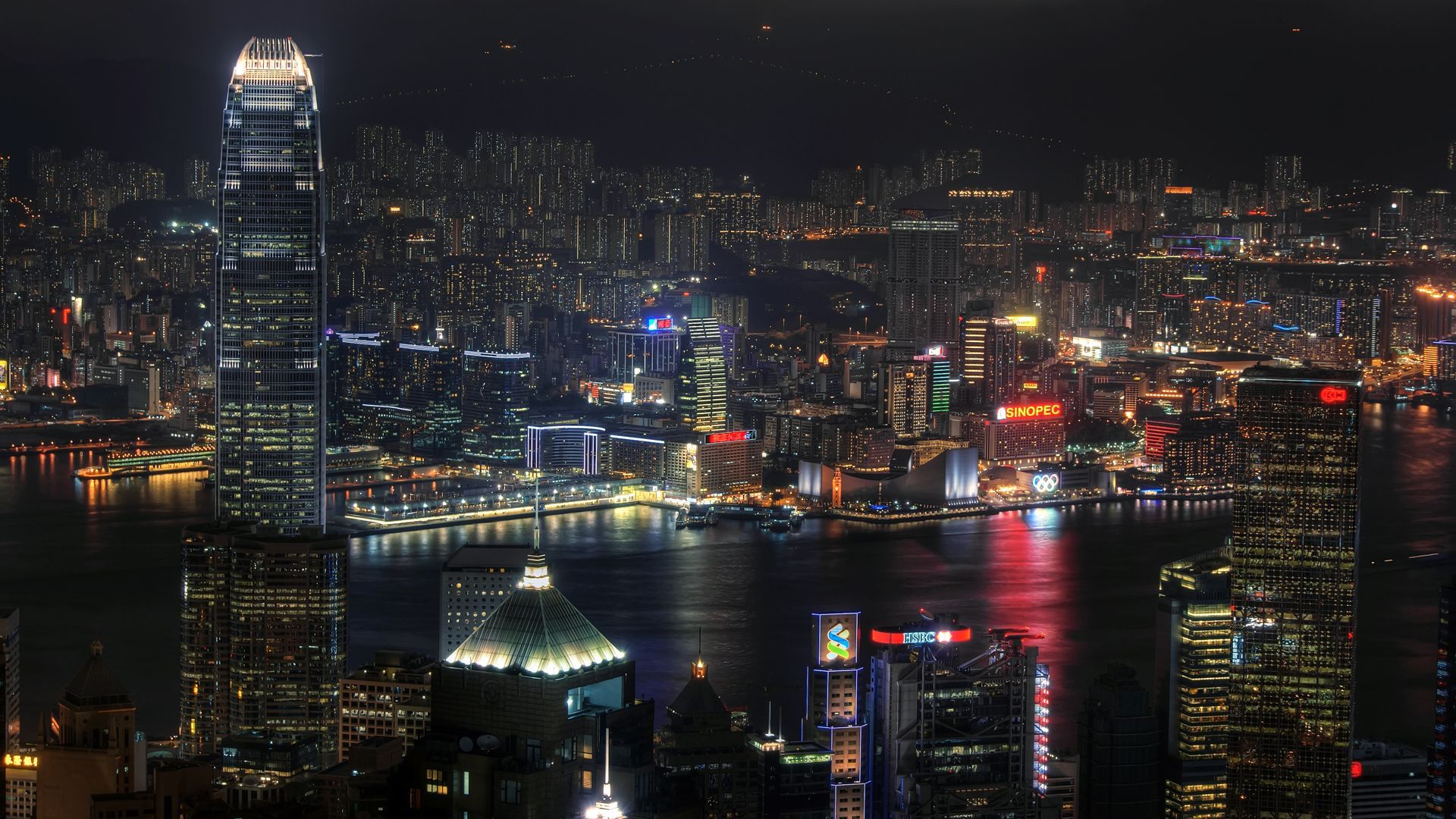 According to my tour guide, Beijing is a city of 18 million, which would make it just slightly larger than New York, Los Angeles, Chicago, Houston and Philadelphia (the top five population centers in the United States) combined. According to her, it is not the biggest city in China, that honor is reserved for a town you may never have heard of, Chunqing, with a population just bubbling over 26 million. I went online to check this out and could not confirm these numbers. Although everyone here thinks they are right. No matter what the official population is, trust me, Beijing is a big city. One minister I spoke with told me that there are 3.2 million cars registered here and he proudly announced that over 1,000 new cars are registered in the city every day. I’m sure he’s right, I’ve sat in traffic jams in Beijing that rival anything I’ve ever sat in anywhere in the world. It is very possible that all 3.2 million cars are on the road 24/7.

I’m not sure what I expected to find here. I haven’t been to this part of China since the early 90’s. Unlike Shenzhen, which is a brand new city, Beijing has a rich history and it is very, very old. But it doesn’t feel old – every other building is under construction, there are public and private building projects on practically every block. The infrastructure looks new, the cars look new, the buildings look new and the people look like us. Not racially of course, they are all Chinese. But, tribally … they all dress in western clothing, drive western cars, use modern technology … and we are here, at least our brands are. 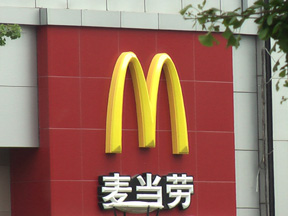 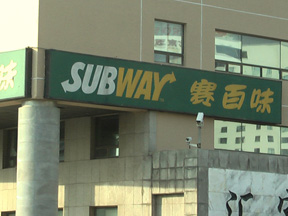 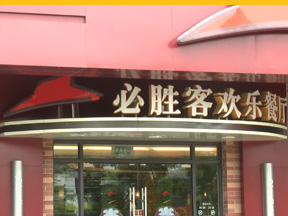 Looking down a busy shopping street, you could be in Generica, which is my name for any shopping street in any town USA that looks like Rt. 17 in Paramus, NJ. You see McDonald’s, KFC, Pizza Hut, Subway, Ford, TGI Fridays, Starbucks. There’s undoubtedly a street like this is your town. Well, here in China, with the exception of the bilingual Chinese/English signage, I could be in Generica. But since I’m in China, I’ll call it Chinamerica.

But here’s where the story takes a weird twist. We’re really not here. English is seriously not spoken in China. Regardless of the overstated, party-line population propaganda my tour guide fed me, there are at least 1.3 Billion people in this country and they don’t really know us. More importantly, we really don’t know them.

Our brands are here. A combination of capitalism, opportunism and prudent business acumen has brought a very visible group of American and European brands to China for consumption in China. Of course, you could argue that 90% of the stuff is made here anyway, so it didn’t have far to travel.

But we’re really not here. There is no adoption or assimilation of American culture into the Chinese culture. They view our exported food, clothing and entertainment much as we view the corner Chinese restaurant. It may be woven into the fabric of our lives, but it remains a separate experience with foreign names and alien tastes.

I’ve met dozens of students here: Middle-schoolers, undergrads and a few post-graduate candidates. To a person, they are goal directed in a way that is rare in the US. One 7th grade boy told me that he was planning to be an engineer. He laid out his entire life for me with the conviction of an American pre-school child of the 60s dreaming of becoming an astronaut. The difference here is that he and his classmates are sure that education is their path to prosperity and nothing is going to stop them. Compare and contrast this work ethic with some of our inner-city schools and you will sober up quickly.

A different government official told me that there are over 300,000,000 people living in China leading, what we in the United States would call, a middle-class lifestyle. Two children (although only business owners and people who can pay are allowed to have two, everyone else is restricted to only one child), a house, 1.5 cars and enough discretionary income to purchase some luxury goods and take a month worth of vacation time each year. The numbers are staggering.

(I have to stop writing for a moment. It’s 2:28pm here in Beijing, the exact time of the Earthquake in Sichuan one week ago. Every car in the country has stopped and is blowing its horn. The workers from every building, possibly everyone in country have come out to the street and are standing at attention in very neat rows to mourn the victims of the Sichuan Earthquake. The sound is remarkable; the show of solidarity is overwhelming.)

You might think that with all of this rampant growth and apparent success, there should be some opportunities for American business to grow here too? To be sure, there are hundreds of American and European companies making a very nice living in China. I’ve met some very interesting and intelligent western business people on this trip and I’ve learned quite a bit about what can and cannot be done here. In China, every business model is a complex combination of communism and capitalism. Following the money is not for the feint of heart. You can stop by the Asia Society if you want to learn about how to do business with the Chinese. It’s a process.

One of the more interesting aspects of my trip has been a window into the socio-techno reality of life in Beijing. The first thing you notice is that everyone has a cell phone. They are GSM (not 3G yet, it’s coming very soon). Most high-end phones have slots for two different SIM cards, so you can have two different phone plans going in the same device. This is a huge help for anyone who does business overseas.

The PDAs here are mostly Windows Pocket PC-based. In China, all Windows operating systems operate in Chinese. This is highly inconvenient if you don’t happen to read Chinese. There are no Blackberrys, very few Palm-based devices and several proprietary devices available. Every cell phone you have ever seen that can run on a GSM network is available here in Beijing. The prices are identical to the prices in the US. Which is surprising, since most of the handsets are made here. The phone stores are massive, clean, new and beautiful. 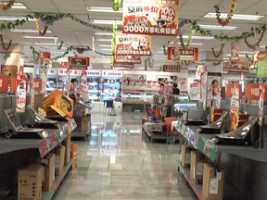 The PC stores are so underwhelming, it’s almost funny. PCs are plentiful in the workplace. They are mostly desktops. I have seen very few laptops used at work. A few people carry them. It’s hard to tell what the culture supports. WiFi is not hard to come by, but it’s certainly not everywhere.

While at the electronics center in town, I found everything you would expect to find at a well-stocked Best Buy. And, amazingly enough, the prices at Best Buy are better than they are here. Nothing is cheaper and, to the credit of the two dealers I visited, even Apple was sold at MAP pricing. 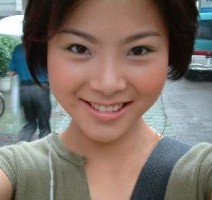 While walking through the electronic store district of Beijing this morning, several girls came up to me and said something like, “DVD.” I assumed it was Chinese for “going out” or some other timeless solicitation a single businessman might hear from a single business girl on a city street. It was accompanied by an unusual hand gesture. Each girl put her hands together forming a circle with her thumbs and pointer fingers just below her waist. I’ve been around the block a few times, but this, I have never seen.

Then, something really strange happened. A woman, who looked to be in her 60’s said the same thing to me. Her English was a little better. “DVD-X” is what I thought I heard. My response to all of them was “bu xia,” which means, “no thanks” in Mandarin. Then, a man practically chased me around a parked car saying, “DVD Sex, DVD Sex.” These people were not prostitutes; they were bootleggers of DVDs with explicit sexual content. Illegal copy, no problem – illegal content, big problem! Chinamerica is not what you think it is.