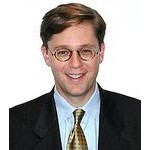 This week, FCC Commissioner Kevin Martin put some new spectrum up for auction. But there’s a catch. The winner will be required to provide free wireless broadband access to 50% of America within four years and, cover 95% of the country within 10.

First, I want to offer a tip of the cap to Commissioner Martin and the other FCC commissioners. The Federal Communications Commission (FCC) is an independent United States government agency established by the Communications Act of 1934. The FCC is charged with regulating interstate and international communications by radio, television, wire, satellite and cable. It’s nice that people who are responsible for regulating our communications have started thinking about the size and shape of the broadband cloud that will define interpersonal and business communications for the next half century.

This random act of future-mindedness has inspired a few questions:

What kind of wireless broadband connectivity would best serve the people of the United States of America?
Should we start with the feature set or think through the benefits and work backwards?
Who should pay for the network?
Is nationwide wireless broadband connectivity a privilege or a right?
Should it be run by a private enterprise or a government agency?
Should it be a “freeway” or a “toll road?”
Should this really be a version of Al Gore’s “Information Super Highway,” a service to be purchased in a free market or a service protected by a government granted monopoly?

Yes, this is the tip of the iceberg and the list of questions is practically endless.

For the moment, let’s cut away the “how” and the “who” parts of the equation and focus on the “what.”

What should be built?
What is the job we expect it to do?
What is the promise of ubiquitous, free, nationwide wireless broadband?

There is a school of thought that follows a mantra “deployed innovation must match consumer aspiration.” This group will advocate for an “also ran” network. Users of such a network would have an experience similar to a current low-end ASDL wired broadband connection. (1.5 Mbps down, 768Kbps up). The actual numbers and techno-speak don’t matter. This would be a slow network with very limited multi-media and file transport capability. Music piracy might still be an issue, but the casual transport of high or even medium quality movie files would be cumbersome. The devices that would take advantage of such a network would be very similar in concept and construction to those available today.

Then, there’s the “Beam me up, Scotty” group who will advocate for the fastest, highest quality network that current technology will allow. Many people believe that this would be a version of WiMax technology with speeds approaching slow cable modems. (6 Mbps down, 3 Mbps up). This kind of network would enable all kinds of interesting stuff. At that speed, you can move big, high-quality movie files with relative ease, but – more importantly, you can access big files stored on remote servers in realtime. This last point is the most important because it would change the fundamental way we use computers.

Right now, your computer, PDA or Cell phone all use the following component parts. A central processing unit (cpu) connected to some random access memory (ram) that is in very close proximity to the cpu. There is also some storage (like your hard drive) close by. Unless your computer is on a robust local area client/server network (like many businesses are), most of the data you access is stored inside your computer.

This fundamental construct of a personal computer has not changed substantially since they were introduced in the late 1970s.

Fast forward to life in a high-speed, wireless broadband cloud. Your laptop, PDA or cell phone will not have to have enough built-in storage to store everything you want or need – you will be able to access the data over the air. Now, add an OLED (Organic Light Emitting Diode) screen and a big battery and you have a class of wireless devices that will change the way we behave. Everything would change. Every movie would be one click away. All retail products would be one click away. All downloadable products would be accessible. Every photo you ever took, every .pdf file you ever scanned would all be available in the palm or your hand or in the back-seat of your car instantly. It would truly be a life-changing network. Think about the computers in your oven, coffee maker, car, wrist watch, toys, etc. A network of this capability would give certain inanimate objects the illusion of thought. We would live in a world that could be taught to react to us and to our needs. It’s really fun to think about.

Back to reality – we’re not likely to see this kind of technological innovation inspired by the current auction. It the last auction, private enterprise steered clear of the spectrum that was going to be encumbered by requirements to share it police and fire departments. And for good reason … no one wanted to spend billions of dollars and have any restrictions placed upon how they might maximize their investment.

However, I think this is an encouraging step in the right direction. I also think you should personally weigh-in. Contact your elected officials and tell them how you feel about this. Stone axes, bear-skins and smoke signals or a center seat on the bridge of the Starship Enterprise – it’s up to you!