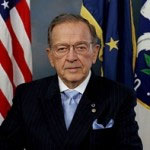 “The early education plan will be paid for by delaying the NASA Constellation Program for five years …” So opines a document entitled, “Barack Obama’s Plan For Life Success Through Education.” This is not a new thought. The Obama Camp has been saying this for a while, but it just became the focus of an overly energetic, highly passionate technopolitical conversation from which I could not escape.

Here’s the story. The Obama document quotes the conclusions of the Gathering Storm report as follows:

“danger exists that Americans may not know enough about science, technology, or mathematics to contribute significantly to, or fully benefit from, the knowledge-based economy that is already taking shape around us.” For example:

· Almost 30 percent of students in their first year of college are forced to take remedial science and math classes because they are not prepared for college-level classes.

· A recent report shows that of students entering college with plans to major in science or engineering, less than 25 percent of underrepresented minorities graduate with a degree in that field within six years. In 2000, minorities received only 14 percent of bachelor’s degrees in engineering and mathematics.

· While employment in science, math, engineering, and technology (STEM) fields increased between 1995 and 2004 by 23 percent, the share of higher education degrees in STEM fields fell from 32 percent to 27 percent and there were declines in the number of students earning degrees in engineering.

These statistics are dismal. In the 21st Century, everyone needs to know science and math, not only to find employment, but also to be healthy and well-informed citizens. Moreover, over 80 percent of the fastest growing occupations are dependent upon a knowledge base in science and math.

I don’t think anyone can argue with any of the facts or conclusions cited in the excerpt above. By many estimates, the body of knowledge of mankind has doubled every 60 months since 1900 and we are rapidly moving toward a society where continuing professional education (let alone primary education) is almost a fulltime job.

The technopoliticos in my discussion group were taking issue with how Senator Obama suggests funding part of his education plan. Reducing NASA’s budget and delaying the Constellation Program does not make any sense at all. In fact, I would argue that we need to increase NASA’s budget to the highest extent possible and start as many applied engineering and applied research projects as can be managed.

We should work on new materials that are lighter and stronger. (Kevlar comes to mind from our investment in Cold War Space Exploration.) We should work on new computer technology. (SMPTE time code and machine synchronization came from the launch countdown codes in the 60s.) We will need new digital imaging technology and AI systems to interpret the data. (Think how useful that technology would have been during the early part of this decade.) Nanotechnology, battery life, solar power, I could go on and on.

There is nothing like a goal to inspire greatness. We can be inspired in so many different ways: Young people may want fame or fortune. Some seek adventure. Others have more modest dreams, but in the end we each need to focus on some thing, some goal to bring out the best in us. What could be more inspirational than looking up at the night sky and believing that we can reach the stars?

Maybe the most powerful motivation for a fully funded NASA program is the lowest tech and the most basic — the need to survive. We share this goal with every living thing on Earth. To quote Stephen Hawking, “I don’t think the human race will survive the next thousand years, unless we spread into space. There are too many accidents that can befall life on a single planet.”

Perhaps, survival of life on Earth is too lofty a goal. Maybe, you don’t think five years is a significant delay over evolutionary time scales. OK, fine. How about this — if there are no pure research jobs or applied science and engineering jobs at NASA, where will all of these new scientists and mathematicians look for work? Private industry is very happy to work on things that will be directly profitable. It is the government and university system that has given us the venues for pure research. And pure research (as opposed to industrial research) has given us the greatest innovations of the last 100 years.

The Space Program should be the most inspiring, most important educational tool in America. The byproducts of preparing to journey out into the cosmos can, and will, yield technological advancements that will truly change our world. Perhaps supporters of Senator Obama can inspire him to modify his thoughts about where to find additional, much needed funding for education. Taking the wind out of NASA’s sails seems counter productive.