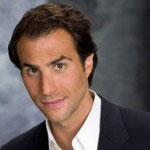 In case you haven’t noticed, the business of broadcast television is in trouble. Ratings have been trending down year over year for more than 30 years and there’s no end in sight. Most pundits blame this audience fragmentation on outside forces like the proliferation of cable channels, DVDs, video gaming, DVR’s and most recently online video, personal video and wireless offerings.

People, who should know better, constantly parrot misinterpreted data about the deleterious effect of TiVo (the noun describing the entire genus of DVR’s) on commercial advertising and how the :30 second spot is dead. Others like to call the medium a vapid wasteland of unwatchable programs. All of the professional explanations for the decline of broadcast television ratings seem to agree that the problem comes from outside forces and an unavoidable changing landscape. I disagree.

Yes, the business is not what it once was, and yes, there is a bit of empirical data to support the idea that enhanced consumer control over media consumption has had a significant impact on viewing habits since the introduction of the “included with purchase” electronic remote control in the mid-80’s. But, none of this has had even a slight impact when compared to the business culture and business rules that have evolved over the same 30 year time period.

According to the New York Post, Ben Silverman, co-head of programming for the NBC Television Network said the following: “We’re managing for margin and not for ratings.” There is nothing technology can do to help or hurt this strategy. It is truly the end of broadcast television.

If you want to see TV ratings improve, the business improve and the ROI improve, try investing in programming, not margins. It will be a refreshing twist for the 21st Century. And, it is really the only thing that will turn the business around. The recipe for profitable broadcast television is pretty simple: Develop large audiences that you can accurately measure and sell them to advertisers who need to reach them. The shows that do this even have a name, “Hits.” If, on the other-hand, you want to sunset an organization and squeeze every last dime out of it before it gives up the ghost, manage for margins.

By the way, Ben Silverman is a personal friend of mine and I both respect and admire him. His success is laudable and he is a great guy. In fact, what I love about Ben is that he actually had the guts to come out and say something that no one else in his position would ever have the guts to say. This is not an NBC problem; it’s an industry problem. Ben just held up the mirror. The title of the Post’s article was, “Silverman Channeling Jack Welch.” Not only is this is not a compliment for a television programming executive, it portends a dismal and disturbing future.

Winston Churchill once said, “The farther you look back, the further you can see into the future.” So, let’s look back a few years to the “golden age” of radio. Back then, disc jockeys ruled. They became the stations’ program directors because they had their fingers on the pulse of the audience. As the business evolved, very successful program directors were promoted to station management. It was easy to spot a station with a GM who came from programming. Talent was treated with respect, content was king and audiences came first.

As the business of radio matured, professional business people started to look closely at the cash cow and you could see the focus of management turn to sales. Radio became extremely competitive from a commercial point of view (it was always creatively competitive). The new superstars of the business were the sales guys and you saw a shift in senior management to sales-oriented executives. It was easy to spot a radio station that was run by a former GSM, it was all about sales and promotion. These execs knew where the money came from and managed the stations differently than their programming predecessors. But the industry kept growing because sales and programming had always been in a surrealistic paso doble that, when properly managed, produced excellent financial results.

What happened next was inevitable, but unfortunate. Management evolved once again. This time, accountants, bankers, lawyers and professional P&L managers from outside the radio business took over. They looked for efficiencies, consolidated divisions, rolled up station groups and turned the entire enterprise into a mass of M&A deals. The term “exit strategy” was the new goal and everything else was secondary.

Ben Franklin, who, among other things, is the great, great grandfather of mass media in America, once said, “Those who are unwilling to study history are doomed to repeat its mistakes.” If you look at the radio business today, it is hard to find a station that has made any meaningful investment in programming in the recent memory of man or beast. The business is about consolidated sticks, pre-canned, pre-formatted programming, sales of aggregated, de minimis audiences and margin. The industry is not about growth, it’s about holding on to what’s left.

The television industry has always followed the fortunes of the radio business. A quick rule of thumb is that changes in the video business are usually about 10 years behind similar changes in the audio business. I think this arm-chair research and the associated aphorism is supported with enough historical evidence to be taken seriously. “There’s nothing to watch on Saturday night.” says the viewer. “There’s no audience on Saturday night, so there’s no reason to invest in it …” says the margin-oriented television programming executive. This is a vortex of logical rhetoric. It is almost impossible to break free and stop the cycle. What can be done?

The answer is very clear. Super Bowl XLII (February 3, 2008) was the most-watched sporting event on record and the second most-watched TV program in history. Nielsen says an average of 97.5 million viewers watched the Giants-Pats contest. (The most-watched program is still the M*A*S*H finale, which drew 106 million viewers in 1983.) The big game also broke a record for total viewership, with 148.3 million viewers (persons age 2+ watching all or part of the game). The previous record stood at 144.4 million for Super Bowl XXXVIII in 2004. What this tells us is that if you put on a compelling piece of content, there actually is a television audience to watch it.

Is it unfair to use an annual emergent sporting event as an example? Perhaps. The job of television is to inform, enlighten and entertain. So, I will simply point to the last episode of M*A*S*H as the appropriate benchmark. You will immediately argue that every show is not M*A*S*H and that most entertainment shows will never find an audience of that size. I agree. Most shows will not ever attain that kind of rating. But I can also assure you that M*A*S*H, Friends, Seinfeld, etc. were not programmed for margin. They were programmed for ratings to the exclusion of every other benchmark.