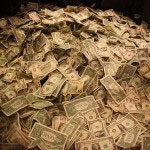 It’s 11:45am on a sunny summer day in New York. In just a few minutes, promises will be broken, years of trust will be betrayed and a high-value customer and millions of dollars will be lost.

This is the story of a very expensive customer loyalty program that worked flawlessly for two decades only to be derailed by several remarkable misuses of technology.

It’s 11:55am. The executive admin for a very high net worth individual vies to get her boss’ attention as he heads out for lunch. She tells him that today is the deadline to complete the air miles transaction for his Christmas vacation. Only one problem, he’s short 20,000 miles.

No issue he says, I paid my credit card bill ten days early and you should see 39,000+ miles show up in the account … in fact, you should have seen it already, I did it at the beginning of the week. Just give them a call and check on it.

A bit of background: This particular executive, I’ll call him Charles, has had an airline affinity credit card for almost twenty years. As a relatively high net worth individual, he pays his $25,000-$35,000 per month bill in full and really uses the card just to get upgrade miles on his favorite airline. Purchases are worth a mile per dollar and, when added to the actual miles flown, his account usually has over 200,000 miles available.

Back to our story, it’s 2:05pm and Charles’ EA is still on the phone when he returns from lunch. Charles overhears one side of the conversation, but he knows exactly what is happening on the other end of the phone. “Is there anyway you can expedite the transfer?” “But we don’t have four business days.”

Charles listens for a few more seconds and mouths to his assistant, “Are you talking to a supervisor?” She nods, yes.

Charles asks her to transfer the call to his desk and he begins. “What seems to be the problem?” The customer service supervisor on the other end of the phone tells him that his miles can be transferred for free on his upcoming statement date or, he can pay $35 and have the transfer expedited. However, the expedited service will take four business days. Unfortunately for everyone on the telephone, Charles needs that transfer done right now.

Here we have the first horrifying use of technology. How is it possible that an electronic transfer takes four days in 2008. American Airlines can transfer miles in and out of your account while you’re on the phone with them and you can see the transaction by refreshing your browser. You would think that a bank would have more robust transactional software than an airline, wouldn’t you?

To make matters worse, the supervisor, #XYZ234 is reading from a script on a computer screen. (Technology Failure number two). She has no authority to speak for herself. Is she any more valuable than an IVR (interactive voice response) computer? Not really, for the next five minutes, she listens attentively to Charles and then repeats the exact same thing. Sometimes, to spice things up, she adds, “I’m sorry you feel that way …” to the front of her pre-packaged script.

Charles has had just about enough of this and he uses the only technique that is guaranteed to work with a customer service supervisor. He tells her who he is, asks her to look at his account for the last 20 years and then says, “As you can see, I am a very high-value customer. I am also a businessman and I know your company spends over $1.1 Billion annually to advertise to people like me. I have a problem that someone at your company can easily solve right now, you are obviously not that person, I really need to speak with that person because if you cannot solve my problem, I am going to stop using this credit card and you will lose me as a customer. If, however, you can solve my problem, I will be very, very happy to stay with you for the next 20 years.”

Supervisor #XYZ234 simply repeated the words written on her script.

Charles is right. Advertising Age estimates that CitiGroup spent $1.135 Billion on advertising in 2007. That same year, MasterCard spent $1.08 Billion on advertising to acquire 116 million new customers. According to Frederick Reichheld, an analyst at Bain Capital, acquiring a new customer costs six to seven times more than retaining a customer. How could a problem this simple end a 20 year business relationship?

He asked for the CEO by name and was told that that gentleman didn’t work at that office, but – remarkably – he had called the right office for his problem. The operator asked Charles who he wished to speak to. Charles responded, I’d like the highest-ranking officer in the building. The operator responded that she didn’t have titles of the people in the company directory (Technology failure number seven or policy Failure, depending upon who you ask) and that she could not help him without a name.
2:59pm. It was over almost as fast as it started. A high-value customer gone, no one responsible for customer acquisition will ever know. No one responsible for customer retention will ever know. Thousands of dollars wasted, millions lost – all of which could have been avoided by a half-way decent CRM system or a little bit of SEO, SEM and an XML wrapper or two. How unbelievably sad for the credit card company — how inconvenient for the customer – what an object lesson in applied technology (or lack thereof). Customer loyalty is a terrible thing to waste.