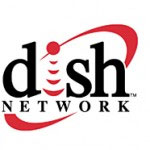 DISH Networks Q2 profits were up. Unfortunately, 25,000 subscribers went missing. The company blamed the drop in subs on weak economic conditions, aggressive promotional offerings by their competition, the heavy marketing of HD service by their competition, the growth of fiber-based pay TV providers, signal theft and other forms of fraud, and operational inefficiencies at DISH Network – at least, that’s what the 10-Q said.

This is the first time in history that either domestic satellite provider has posted negative subscriber growth so, as you can imagine, the stock got hammered. It was down about seven percent at this writing. I like their excuse. Times are tough. But, I don’t think it’s the whole story.

Verizon had an off quarter too. The company added just 176,000 new FiOS TV customers in the second quarter, down sharply from the first quarter when it added 263,000 new subs. And, additions to its FiOS high-speed Internet business were also off, the company added just 187,000 new customers in the second quarter, compared with 262,000 in the first quarter of 2008.

On the other hand, Comcast and Time Warner Cable both saw substantial increases in subs (over 200,000 each) in Q2.

Well, DISH may have sailed into the Perfect Storm. A college student I know told me he and his buddies used DISH at school because they could cancel the service after three months and re-activate it under another roommate’s name. They never paid a dollar for the service and held it for the entire school year. Inevitably, they’d re-up every September when they arrived back on campus. This is a pretty common trick and it surely contributes to the near 2.0% churn that DISH now experiences.

Then, there’s the reality that DISH’s service offering is very, very appealing to downmarket households that sit in the eye of the subprime mortgage crisis. The 2007 U.S. Foreclosure Market Report calculated 2,203,295 foreclosure filings on 1,285,873 properties nationwide, up 75 percent from 2006. 2007 was such a bad year for foreclosures that by December, there had been over 200,000 foreclosures every month for five months.

DISH Network has been trying to cope with the economic crisis by offering cheaper packages. In California, the state hit hardest by the subprime mortgage collapse, DISH offers 200 channels for only $29 a month, and even gives customers free hardware, free DVR, three months of free service and either a home theatre system or a free airline ticket. This may not be an evolutionarily stable strategy.

On the other hand, DISH may have a great deal of trouble attracting high end users who are more likely to need broadband service and are less likely be interested in DISH because of the lack of HD programming. While DISH plans to offer 100 national and 100 local channels of HD by the end of 2008, the transition is way overdue and may be too late to win any new subscribers.

As for cable competition: Is it possible that cable is offering a better broadband product that’s easier to install and a better customer service experience than the telephone companies? Yes.

As for Verizon’s issues: My friend Sal T., who is a very sophisticated VC, ordered FiOS for his home. Here is his entire email unabridged and unedited for your reading pleasure: “You need to lop FiOS customer service head’s off. It completely and utterly sucks. The 800 number is a literal abyss. I have never experienced anything like it.” I’m not sure everyone is as unhappy with Verizon’s customer service as Sal is, but I have not heard anything positive from anyone.

As for that “other” satellite provider: Is it possible that DirecTV is doing a great job and providing a best practices product to customers who are interested in the benefits of satellite television? Yes. DirecTV announced solid second quarter numbers, with profit up 1.6 percent. CEO Chase Carey noted the company’s expanded HD service as the reason for its steady growth. Unlike the DISH Network, DirecTV took in 129,000 new customers during the second quarter.

As for DISH: Is it possible that bottom-feeding is only a moderately successful business model in good economic times, and that the lowest end of the economic spectrum (who are hit the hardest) are the first to fall off the roof? No need to answer … I just wanted to DISH.