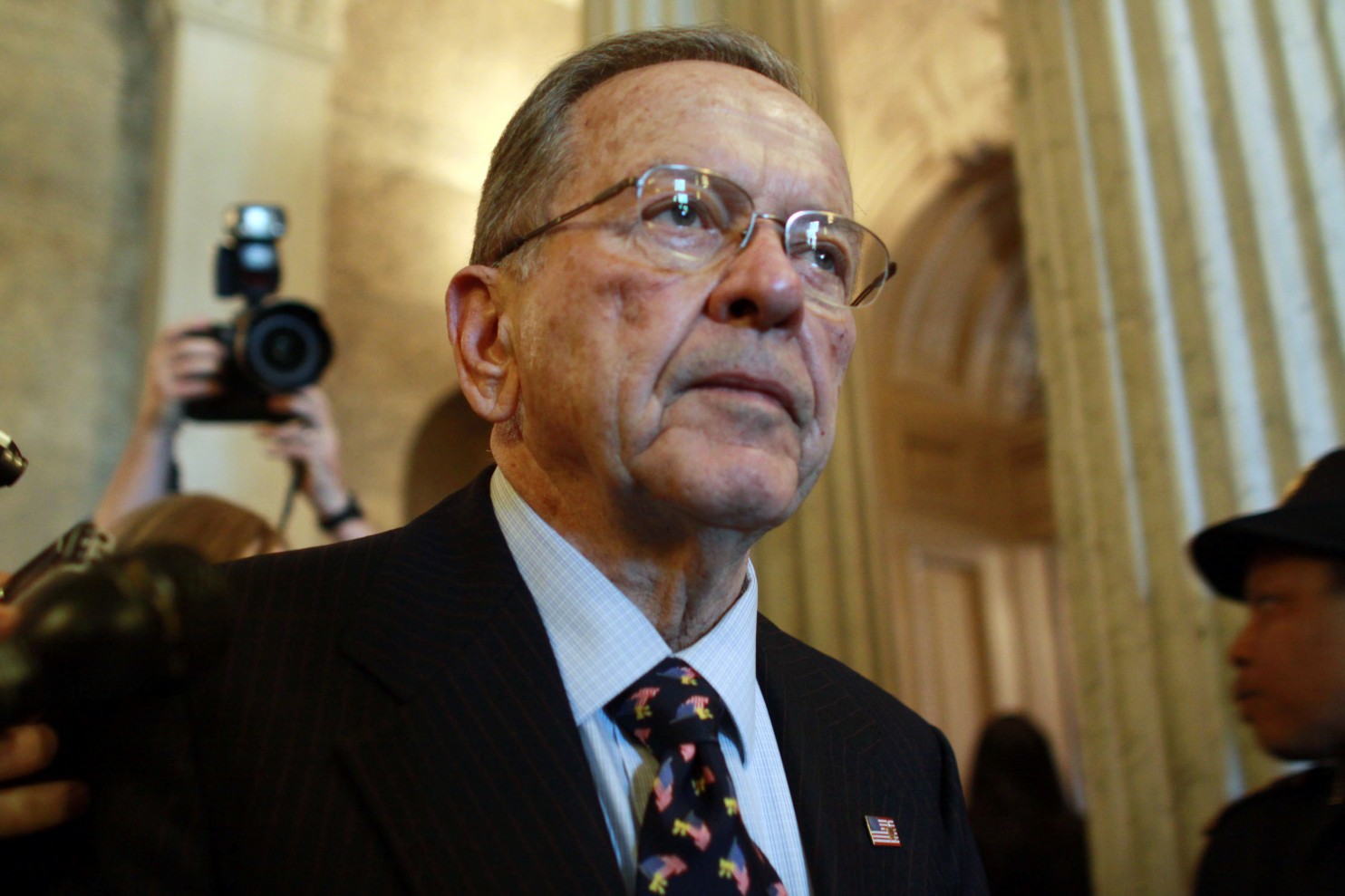 Sen. Ted Stevens, R-Alaska is facing a seven-count indictment accusing him of accepting more than $250,000 in unreported gifts. The Washington Post reported that many Alaskans “greeted the news of Stevens’s indictment on corruption charges as if they were condemned to a pauper’s death, fearful that they will no longer be able to depend on the largess of “Uncle Ted.”

I never knew the Senator’s nickname was “Uncle Ted.” That name was given to him by the friends and constituents he hooked up with over $3.2 billion in earmarks over the past four years. My nickname for Senator Stevens is, and always will be, “Tubes.”

With all of the hoopla surrounding the Senator’s indictment for “making false statements,” people are forgetting that he should have been indicted for the same crime directly after his infamous speech on June 28, 2006.

My favorite quote from the speech is:

“Ten movies streaming across that, that Internet, and what happens to your own personal Internet? I just the other day got … an Internet was sent by my staff at 10 o’clock in the morning on Friday, I got it yesterday [Tuesday]. Why? Because it got tangled up with all these things going on the Internet commercially.”

But, “Tubes” Stevens got his nickname from this salient quip:

“… the Internet is not something that you just dump something on. It’s not a big truck. It’s a series of tubes. And if you don’t understand, those tubes can be filled and if they are filled, when you put your message in, it gets in line and it’s going to be delayed by anyone that puts into that tube enormous amounts of material …”

You just can’t make this stuff up. Not to put too fine a point on it. If the good Senator had just made the “tubes” quote, nobody would have come down on him. I call it a “fat pipe,” he calls it a “tube,” no biggy. But – it’s not the tubes that get clogged and when you couple that with his remarkable quote about getting an “Internet” from his staff, you just want to scratch your head.

This would be funny if he wasn’t an elected leader, Vice Chairman of the Senate Committee on Commerce, Science, and Transportation and a member of the Subcommittee on Science, Technology, and Innovation.

Two other stories caught my attention this week and, although you may not see them as immediately related, they caused me to stop and think.

The International Olympic Committee was unable to get the Chinese government to allow unfettered Internet access for press and tourists during the upcoming Olympic games. And, Senator McCain put out a seriously pejorative advertisement asking the audience if Senator Obama was “… ready to lead?”

Taken together, I started to wonder how would our current presidential candidates describe the Internet and its associated technology? Do they have a firm grasp on the issues surrounding our telecommunications future? Do they know what the technical limitations of the medium are? Is either candidate ready to lead us past the information age into the age of cloud computing, reduction mapping and explosive data?

As much as the world has changed this year, it is nothing compared to what is about to happen. Tubes Steven’s indictment may be metaphoric. By this time next year, an average high school student will be able to run a reduction map algorithm on every score posted on Xbox live using cloud processing and some cloud storage. What will he do with the data? The question is rhetorical, don’t email me. I’m just pointing out that we are about to enter an era when kids, business people, moms, criminals and terrorists will all have access to that kind of computing power and the tubes really won’t fill up.

Is the elected leadership ready? Are the candidates? Tubes … enjoy the big house.