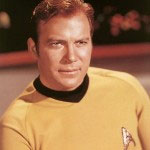 Here’s what’s supposed to happen. The digital transition takes place, new 4G networks spring up all over, tons of VC money is aimed at advanced advertising and personal media consumption devices, audiences fragment into unbelievably small markets, but technological advances in metrics and accountability take the art of marketing to new quantitative levels, by 2020 we live in a wireless world that is so network and cloud-oriented that it could only be recognized by Captain Kirk.

Everyone is so excited about cloud computing, “fat pipes” (tubes for Ted Stevens fans), IP-provisioned services, fast wireless networks, dynamic and addressable advertising, it’s really fun to be in the technology, media and entertainment consulting biz. But here’s the thing. It’s not going to happen like that. In fact, it may not happen at all. And, if it does, think 50 years out, not 12.

First, for the sake of this thought experiment, I am going to assume that the world-wide financial crisis becomes manageable and that we are not thrown into a depression for the next ten years. It’s no fun to think about that kind of world, and when asked, I like to charge money for my answers to those kinds of questions.

Second, for the sake of this thought experiment, let us assume that all of the technology we need to accomplish everything we are talking about exists. As a practical matter, it does. There are two reasons most of the stuff we think we need has not been deployed – business rules and ROI. And, as you will see, these two constraints truly govern the future.

Everything – and I do mean everything, begins and ends with the consumer. My friend, Terry Denson at Verizon likes to say, “Deployed innovation must equal consumer aspiration.” I absolutely agree. The push-back to that statement is always, “That’s the job of advertising and marketing!” True enough, but all of this operates under the tacit assumption that the economic climate is conducive to doing business.

These past few weeks, average Americans, who are considered well off if their net worth can be described in terms of hundreds of thousands, 105 (That’s 1 followed by 5 zeros) had to learn to speak with dispassionate intellectual comprehension of numerical values several orders of magnitude larger, like billions — 109 (1 followed by 9 zeros) and, more remarkably, trillions – 1012 (1 followed by 12 zeros). It is unlikely that any of us can emotionalize or visualize the idea of a trillion of anything. Let alone dollars, that are earned one at a time.

Layoffs, the credit crunch, consumer confidence, lack of true leadership, general mistrust of everything and everyone is starting to take its toll on the economy. People are starting to demonstrate behaviors that are antithetical to acceptance of anything unfamiliar. Change may be the only constant, but right now, the changes seem to be regressive. People are staying home more. Possibly because they can’t afford to go out or, more likely, they are afraid to over-extend. Consumers are not buying anything they don’t need. Hopefully, this is a knee-jerk reaction to the immediate issues and not a trend. And, consumers are seeking comfort and safety at a level that is seldom seen.

I’ll leave the business and retail analysis of the preceding paragraph to experts in consumer buying trends. You don’t have to look much farther than your email inbox to see offers of dozens of polls and surveys on the subject.

What interests me is the impact all of this may have on the immediate future trajectory of media consumption. Specifically, the behaviors that are not going to evolve because consumers are scared, busy digging in and adopting a defensive attitude. For example: if you were going to purchase a new laptop with a big hard drive and excellent video card (which is perfect for watching Internet Television) and you decide that you can keep your three year old Dell for another year or so until the economy turns around, what won’t you experience that would have changed the way you are supposed to consume media in the future? Same question about your PDA or mobile phone, same question about hooking up your computer to your television monitor, same question about your new car with advanced GPS features, and on and on. How will this behavioral regression impact our technological future?

Without consumer demand, will we be able to afford major overhauls to the wired and wireless broadband infrastructure? What innovations are likely, which will truly never be realized? For example: It would be great to rebuild the cable and telco infrastructure to allow for switched digital television service. That was one of the early promises of IPTV. Efficiency is achieved by sending you only the signal you ask for, not every signal at once. But, as a practical matter, hard drives and set-top boxes are way less expensive than laying cable and buying switches. Are we going to see “son of PointCast” 1990’s push technology forwarding content to set-top DVR’s with their hard drives working in the background? Push technology, in the future? You bet.

Is it possible that good old-fashioned linear broadcasting in Primetime might actually have a resurgence … an overall ratings up-tick as people stay home and look for programming that they can watch together? New family-oriented comedies? Maybe.

But the gnawing question remains, “What isn’t going to happen because consumers don’t adopt new behaviors?” And, the required follow-up question is, “Without consumer aspiration, what technological advanced are worth rewriting and reworking ailing-but-functional business models without the promise of reasonable ROI?” Just something else to think while you work on making your numbers for Q4 2008.