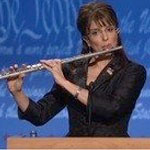 Tweet Article Share Article on Facebook Email Article Share Article on LinkedIn
“That’s why I say I, like every American I’m speaking with, we’re ill about this position that we have been put in where it is the taxpayers looking to bail out. But ultimately what the bail-out does is help those who are concerned about the healthcare reform that is needed to help shore up our economy. Helping the – it’s got to be all about job creation too, shoring up our economy and putting it back on the right track…So health care reform and reducing taxes and reining in spending has got to accompany tax reductions and tax relief for Americans and trade – we’ve got to see trade as opportunity, not as a competitive, scary thing, but one in five jobs being created in the trade sector today – we’ve got to look at that as more opportunity.”

Trick question. It’s both of them. That quote is from Governor Palin’s, now legendary, interview with Katie Couric. Have trouble following it? You’re not the only one. Luckily, Tina didn’t have a problem when she practically reiterated Palin’s ramble as part of her, equally as legendary, SNL interpretation of the Couric interview. Notice I didn’t say “parody.” By definition, a parody (which is derived from the Greek parōidia) is a literary or musical work in which the style of an author or work is closely imitated for comic effect or in ridicule, or a feeble or ridiculous imitation. This was not the case here. These are the Governor’s own words.

The Sarah Palin and Katie Couric version of this interview started its life on broadcast television, as did the Tina Fey/Amy Poehler version. When Ms. Couric did the interview, it was watched by a fair number of CBS News viewers. It was not a ratings winner per se. However, within a few hours, clips from the interview were all over the Internet and video snacks of the best bits were filling up email inboxes everywhere.

By week’s end, Lorne Michael’s was thanking whatever deity he likes to thank because, in truth, you can’t write better sketch comedy than this. Building upon his previous success with Tina and Amy as Governor Palin and Hillary Clinton, he knew he could expect a ratings boost for Saturday Night Live. And what a boost it was, 42% over last year and climbing. But it didn’t stop there, if you think the original Palin/Couric interview showed up on the web — hulu.com, YouTube and about a zillion other online video sites were inundated with clips of Fey and Poehler’s interpretation. The blogosphere went into a feeding frenzy. Proponents and opponents went at it like cats and dogs online. A nation filled with creative, zealous advocates for both sides uploaded and distributed content to their hearts content.

What I find interesting about this first Internet political campaign is that nothing goes away. If either the original or the interpreted interview aired on television before the last election, only printed transcripts would have found their way into the public consciousness. YouTube didn’t exist in 2004. It was created in February of 2005.

Today, all you need to do is type “fey palin” into your favorite search bar and you will be inundated with 5,020,000 results in .2 seconds. Almost all of them contain a video clip. In 2008, nothing can be unpublished.

It was all fun and games until I read an article (and several subsequent pieces on the web) about Tina Fey somehow hurting Governor Palin’s campaign. According to the New York Post, Jerald Podair, a professor of American Studies at Lawrence University, said “Tina Fey is well on her way to ruining Sarah Palin’s political career.” And then I read a quote from Carly Fiorina, one time CEO of HP turned John McCain advisor, saying that Fey’s portrayal of Palin is both “disrespectful” and “sexist.” What? Who originally spoke those words? It wasn’t a team of coffee slugging, comedy writers huddled around a conference table at SNL, it was Palin herself!

Is it possible that a short piece of sketch comedy could “ruin” the career of a politician running for the second most powerful office in the free world? The question may be rhetorical but the answer is most certainly and emphatically, no! If someone is qualified to be Vice President of the United States there is no piece of political satire, no piece of comedy, in truth, no piece of prose that should have the power to “ruin” their political career.

Not that Governor Palin is going to sue anybody, but the claims of harm done in the name of comedy made me think of Hustler Magazine, Inc. v. Falwell, a case that went before the United States Supreme Court back in 1988. Falwell objected to a lead story in the November 1983 issue of Hustler that featured a “parody” of an advertisement, modeled after an actual ad campaign, which claimed that Falwell, a Fundamentalist minister and political leader, had a drunken incestuous relationship with his mother in an outhouse. You can Wiki the case for more details or just rent The People vs. Larry Flynt, for the pop-culture version.

With regard to TV sketch comedy ruining anyone’s career, I leave you with the words of Chief Justice Rehnquist from the unanimous decision in favor of Hustler Magazine, “At the heart of the First Amendment is the recognition of the fundamental importance of the free flow of ideas and opinions on matters of public interest and concern. The freedom to speak one’s mind is not only an aspect of individual liberty — and thus a good unto itself — but also is essential to the common quest for truth and the vitality of society as a whole.”