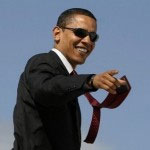 When Barack Obama purchased nearly $4 million dollars worth of Primetime to convey a 30-minute message, what was he trying to accomplish? He admitted it was an infomercial, but it certainly wasn’t an infomercial in the traditional sense.

Contemporary Long-Form Direct Response Television Shows (Infomercials) have only one job: convert viewers to buyers in real time. You watch the show, you pick up the phone and you buy the product – hence the name, “direct response advertising.” (In truth, the business is more subtle than that, but this is not a course in direct response marketing.) Regardless of the term-of-art for this type of program, “Barack Obama: American Stories, American Solutions” was not tasked with getting you to agree to three easy payments of $29.95, its job was “job one” in the classic purchase funnel: awareness.

The Obamamercial was about as well produced as anything I’ve ever seen in the genre. Excellent lighting, appropriate production value and fine editing helped portray the Senator exactly as the producers intended. After the show aired, Barack chatted with Jon Stewart on The Daily Show. Jon asked what he was trying to convey with the piece? Barack noted that it was “not just sort of a pitch for me, but really what we’re trying to do is tell a story about what’s happening to families all across America. We’ve got four families that we feature, all of them have great hopes but all of them are struggling too and we want to talk about what the next four years mean for them.” Obama supporters ate it up. McCain fans were unimpressed. Undecideds? Well, we’ll know on Tuesday. So, did it accomplish its mission?

It should not surprise anyone that our country is divided in two. Not “Red” States and “Blue” States – people over 35-years-old, the “TV Generation” and people under 35-years-old “digital natives, digital tourists and digital immigrants.”

Throughout his campaign, Obama has utilized a comprehensive media plan to strategically reach voters. Networks of students and volunteers canvassing throughout battleground states, a magnificently successful broadband campaign (run by Facebook -founder, Chris Hughes), User-Generated YouTube ads, music videos from some of the industry’s heaviest hitters (Will.i.Am’s “Yes, We Can”), a large scale text message campaign have all helped Obama win-over a large portion of the connected voting public.

But what about the “TV Generation?” Only 55% of US Households have a broadband connection. That leaves a significant amount of voters offline, including the Joe the Plumbers and Tito the Builders of the world and other people who simply haven’t adapted to modern technology. What’s the best way to reach them? It certainly isn’t by Blackberry messenger or their Facebook wall.

The simple answer is Television. According to the FCC, 99% of American households have at least one television in their home. If you want to reach these viewers, you air a show between 8pm and 11pm Eastern on a weeknight. The daypart is called Primetime for a reason. The highest number of “houses using television” can be found during that time period.

Obama’s plan to take over the airwaves was extremely successful, as he, for all intents and purposes, road-blocked network TV. His 30-minute infomercial was broadcast on CBS, NBC, and Fox, as well as cable channels like MSNBC and BET (ABC did not carry the program).

While the consensus among political advisors is that running ads in battleground states is more effective than spending money on national television ad space, Obama is not the first to work against the grain. In 1992, Independent Presidential candidate Ross Perot ran a series of paid political telecasts, many during primetime, and all on network television. Perot’s now legendary telecasts, including one in which he used a “voodoo stick” as a pointer, averaged 11.6 million viewers. His highest rated infomercial came on November 2 and received a total of 26.2 million viewers on ABC and CBS. Barack’s ad buy scored 30.1 million viewers across the board. To be fair, Perot’s telecasts shouldn’t be compared Obama’s, as Ross sitting in a chair with a “voodoo stick”, er, I mean pointer with some slides doesn’t hold a candle to the production value that went into the Obamamercial.

TV is the “mass” in mass media. If awareness solves your advertising problem, there is still nothing you can do that will have a greater reach or be more effective than broadcasting a show in Primetime. Many pundits will delight in telling their narrowcast cable audiences that the Obama Infomercial only did a “pundit-spin-goes-here” rating and that the debates beat it, etc. But what you must take into consideration is who was watching and what their other media consumption choices might include.