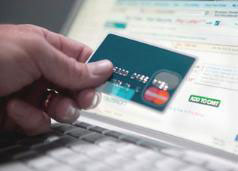 It’s official; we’re in a recession. Which is incredibly bad news to get at the opening of the holiday shopping season. Not that anyone needed the National Bureau of Economic Research (the private organization charged with making such determinations) to tell us that times are tough. We all know it too well. No matter what business you’re in, you have to be feeling the pressure. Retail is no exception.

On Black Friday retailers were practically giving away goods in order to get consumers into stores. In fact, that morning, when a Wal*mart employee was literally trampled to death by bargain-hunting consumers, pundits and psychologists were all over the airwaves espousing theories of mob mentality and blaming the tragedy on the hard economic times.

In total, sales weren’t down, but they only increased 0.9%, compared with 6.5% last year. I wonder how many people were walking through the mall with their Blackberry’s and Googling items they saw in the store and finding them significantly cheaper online? (With no tax and free shipping to boot!) While it is understood that retail is in drastic need of a business makeover, the economy is so uncertain that even e-commerce, an industry that has never experienced a decrease in sales, saw sales fall by 2% in November. For e-commerce, it was the worst monthly performance since Retail Metrics began keeping score in 2000.

Conversely, Cyber Monday, the e-commerce equivalent of Black Friday, was a smashing success, with e-tailers posting a 15% increase in sales over last year. This increase in sales is credited to major discounts, free shipping and an increase of 22% in the amount of people shopping online. Gian Fulgoni, chairman of comScore, noted that “Because of the extremely attractive prices offered by a myriad of retailers, it shouldn’t be surprising that nearly two million more consumers purchased online this Cyber Monday compared to last. But, because of their reduced spending power it’s also evident that those who did buy were unable or unwilling to spend as much per person as we saw last year.” 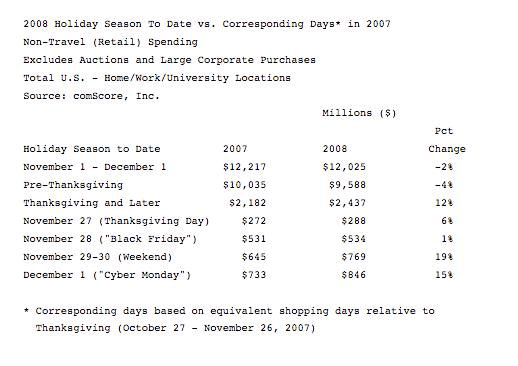 A major factor in the increasing success of online retail has been the increase in broadband penetration throughout the country. According to a recent survey by the Leichtman Research group, “at current growth rates, broadband penetration among active Internet users should break 90% by mid-2008 in the U.S.” The Pew Internet & American Life Project notes 57% of Americans now have a broadband connection in their home. This level of broadband ubiquity helped increase web traffic by 10% on Cyber Monday.

Even more importantly, in a related study conducted by Connected Nation, $134 billion could be annually injected into the economy by developing a nationwide broadband network quicker than the current pace. 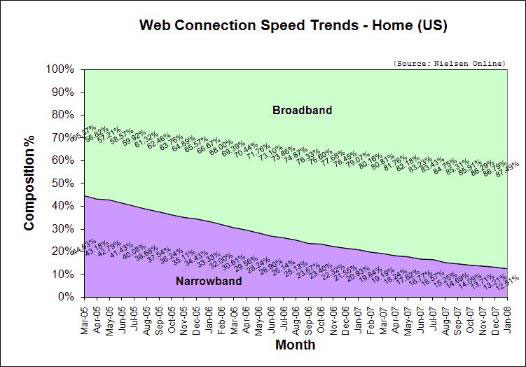 According to the FCC website, “FCC Chairman Kevin Martin has recognized that broadband technology is a key driver of economic growth.” Martin realizes the inherent value of the Internet and how it can benefit business in general.

If you’ve been reading the news, you’ve probably noticed that over the past few months Chairman Martin has been pushing for a free Wi-Fi network that would cover the entire nation. The only catch is that the he wants it to be “family friendly,” meaning the network would censor pornography. (Good luck with that!) The FCC’s plan is to auction off 25MHz of Advanced Wireless Service bandwidth, which is adjacent to the bandwidth T-Mobile operates its system on. It would be used to roll out a nationwide wireless broadband network. Of course, a private company would have to bankroll the entire thing, and then, give it away for free.

It’s not a compelling business model, no matter how you spin it. So here’s a thought. How about having the Government build out a national “smut free” wireless network? It would not be as fast as the services offered by the private sector, but it would help enable our citizens to participate in the new digital economy. This relatively inexpensive infrastructure project could help speed Connected Nation’s $134 Billion into our economy. You know what they say, “a few billion here, a few billion there, after a while it adds up to real money!”

All kidding aside, imagine the potential for e-commerce if the entire nation had access to wireless Internet. While many would continue to use traditional brick and mortar stores for convenience goods, perishables and other things you need on the spot, the fact that anyone could have access to the web at any moment, whether via mobile or fixed wireless, would be an astounding thing for the, um, excuse me, e-conomy.

Imagine how many visitors eBay would have if 43% more of the country had access to a relatively high-speed wireless network. Amazon would probably have 20 million uniques a day, maybe more. Jeff, you may want to consider getting into the spectrum business. 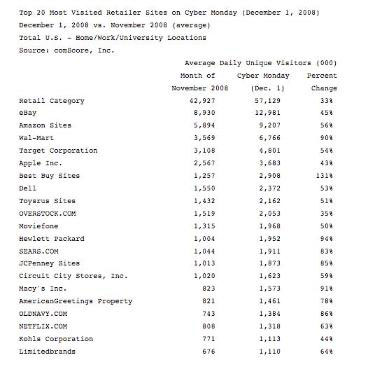 If you examine the chart you’ll notice that nearly every single one of the companies is from the traditional retail world. Even Sears, who can barely keep their doors open, is enjoying traffic success on the web. As evidenced in the list, big companies and big brands are best positioned to take advantage of emerging technology.

This is a particularly good time to contact your elected officials and tell them how you feel about the value of a robust national broadband policy. If we are going to start some big, national infrastructure projects, a ubiquitous high-speed, broadband network that is free for everyone would truly help the economy. It would usher in a new culture of consumerism, empower small businesses and jumpstart a generation of innovators. Yes, times are tough, but the only way things are going to get easier is if we work hard to make them so. Send Commissioner Copps a note. Tell him, you need his help. You can also tell him, Shelly sent you.