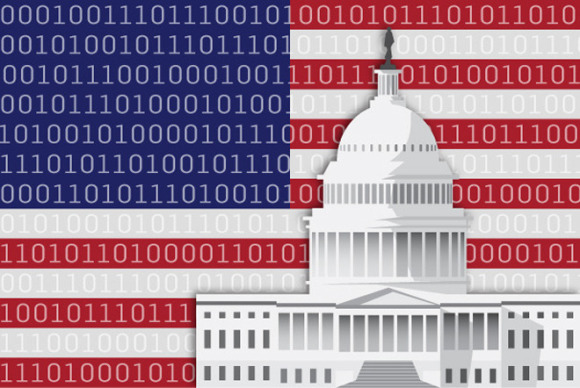 Dateline New York: April 3, 2021 — The White House issued a statement today urging people to stay calm. The Federal Data Depository Corporation is now saying that people will have access to some of their data as early as next week. “Health records are job one,” said the HHS director in a joint statement. “We have back-ups for everyone’s dicom files and most of everyone’s MRI’s and about 100 million x-ray files on near-line storage. It will just take time to reload the data.” The FCC issued a similar statement promising that the 4 million hours of user uploaded content stored in the cloud since 2009 and the 26 million hours of professionally produced on-demand content may be available by the end of the year. Sadly there is no word on when the Microsoft Office Cloud or the Adobe CS10 Cloud will be back online. And, to the delight of most citizens, the IRS has lost almost every tax return for the past four years. There is one bit of good news, Verizon’s LTE network can support VoIP calls, so at least some of the 165 million households and businesses without voice communication will have a work-around in the next few weeks.

How did it happen?

This is a partial representation of me:

In Metamerica (the data that describes America), we are all a bunch of ones and zeros. Everything about us, our tax id number, social security number, credit card numbers, contact information, financial data, medical history, entertainment preferences, our computer software, the content we own, everything we are, is described by ones and zeros on a magnetic or optical storage device somewhere.

Even today, we live in a world where metadata (data that describes other data) is more important than the data itself. For example: what good is the data on your iPod without the directory that tells you what songs and videos are available and where the computer should go to get them?

Similarly, as we enter the super-digital age, we (all of us) will be completely described by the metadata stored in Metamerica. It is the virtual country that describes our physical country and, to be perfectly frank, Metamerica is more valuable and more vulnerable than physical America.

After June 12, 2009 all of the communications in the United States will be digital. It is more than a trend; it is a paradigm shift toward the efficiencies and fiscal benefits of storing and manipulating the information in our world digitally.

Why pay for a group of IT technicians to patch servers and tend to racks of computers when you can plug into a computing and storage cloud and only pay for the services you use. It is identical to how America transitioned from generating its own electricity to purchasing electricity from the utility grid. The economics are too powerful for anything to stop this shift. It will be complete in a very few years. Want to see it today? Go to Google Apps for Business, salesforce.com, dropbox, etc., the list of software as services and subscription software and cloud storage companies is getting longer every day.

Now, we live in a world where everything about everyone is stored somewhere. The world is evolving towards a place where access to this data is going to empower all kinds of things — good and bad. This is not so much a privacy issue (although you could label it that way) as a governance issue. What should the structure of the government of Metamerica look like? There are no geographic restrictions, no towns, no counties, no states, no country — there are just Metamericans that describe Americans. Because Metamericans are data, they can be sorted anyway an interested party might deem reasonable: by community of interest, by behavioral preferences, by medical issues, by DNA sample, by … you name it. Metamericans are data, and data can be mined, analyzed and correlated in every imaginable way.

Is your DNA covered by copyright law? Are your media or television viewing habits? Are your medical records going to be available on a local storage device, regional server, your doctor’s LAN, your HMO’s WAN or at the fictitious, but reasonable to imagine, Federal Data Depository Corporation? If every bit of a Metamerican (pun intended), is data, which bits are protected, which are protectable, which are private, which are semi-private and which are public? How many non-technical people with digital medical records will die because there were no paper records of their medical condition or history, and they could not afford, or didn’t know how, to back up the data themselves?

When my father was transferred by ambulance to a hospital from another medical facility in an emergent situation, they forgot to give his paper records to the EMS technician who was transferring him. I got to the hospital an hour after he did, to find that they were completely mistreating his illness because their broadband connection was down and they didn’t have any paper records to base his treatment on. I had stopped by the other medical facility and picked up his charts, but what if I had been unable to do so?

To be honest, I’m not too worried about a terrorist attack with a dirty bomb or any other weapon of mass destruction. What I’m worried about is how we are very quickly becoming dependent on explosive amounts of centralized data and, how unprotected, and unprotectable, that data is. Want to create a financial crisis that will make this one look like a trip to Disneyworld? Take out the data warehouse of the IRS, a few banks, a couple of credit reporting agencies, Google, Amazon and Microsoft. If it happened today, it would be hard to recover from. If it were to happen in 2021, we would not be able to recover from it. These are just a few of the myriad issues we are going to have to think about as Metamerica and America evolve together.

How will the Great Data Crash of 2021 occur? Maybe it will be cyber-terrorism; maybe it will be an incredibly robust computer virus. Maybe it will be a solar emission that is too powerful for our atmosphere to block. Sadly, there are about a zillion ways for it to happen and only one-way for it not to.

What we need is a cross-industry task force that would include experts from the military, IT, healthcare, legal, telecommunications, CE, entertainment, ethics and government to get together and have a serious, Socratic debate on the appropriate way to govern Metamerica. It’s not about opt-in and opt-out privacy; it’s about our economic sovereignty and our national security.