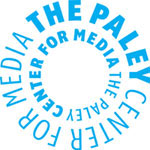 Free food and a bunch of smart people — who could resist? Pat Mitchell, who runs the Paley Center, framed the debate as billed. The Wall Street Journal has much of their online content behind a pay gateway. It seems to be working for them. The New York Times used to do something like it with Times Select, but when Vivian was there, she convinced them to make all of their content free and accessible online. That seemed to work for them.

Steven Brill agreed that payment gateways were probably not a good idea, but he suggested that there may be other ways to incentivize heavy users of content to pay for it. He outlined his theory of getting people who are used to getting free milk to buy cows.

To me, listening to this conversation was as absurd as listening to two people on the Titanic argue about the music the band was playing while they were loading the lifeboats.

There are only three business models: I pay, you pay or someone else pays. That’s it. I pay means that I (the publisher of the content) am willing to fund the creation, production and distribution of the content for my own purposes. You pay means that you are willing to pay me for my content. Someone else pays means that a third party is willing to pay me so that you can consume my content. Some of my KPMG friends have pointed out that, from the content producer/publisher’s point of view, there are really only two models: I pay or I get paid. I like to include the idea of third-party involvement, because it is so common to the media business.

In practice, we see three adaptations of the three models: Ad supported (broadcast), Subscription/Pay Per View (premium content) and the dual revenue combination of ad support and subscription (cable/print, etc.)

The common thread to all of these approaches to getting paid is the transfer of the currency of “cash” from one party to another for good and valuable consideration. Again, I pay, you pay or someone else pays — cash, credit card or check (with two forms of ID) please.

This is how business has been done for as long as anyone can remember. But it has very little to do with how business needs to be done now.

The key concept here is that a contemporary business model needs to “translate” the value of one currency into another. In the example above, the currency of knowledge is translated into currency of cash: you can’t get cash directly by distributing the information, it must be translated.

Information is an easy one, how about the currency of attention? Attention is such an established currency that it is written into the grammar of the English language, you “pay” and “receive” attention. In the online world there are a couple of other currencies that are key: Intention, Fame, Passion, Respect/Street Cred.

Google translates the currency of “intention” into about $16 Billion a year. They know that when you come to Google, your “intention” is to find something. They delight in telling you that in .02 seconds, they have found 2,374,345 things that you may have intended to click on. They offer all of their services for free. Why? They know that if they pay off your intention with valuable information that you will keep coming back. Like any good casino, they assume that if you show up often enough, you might click on something they get paid for. It’s the best currency of intention to cash money translation engine ever created.

I could spend a few hundred pages explaining how one might translate the value of the currencies of fame, passion or respect/street cred into the currency of cash. But I think you get the idea. Is it about promotional videos or selling t-shirts, concert tickets and merchandise? No, of course it isn’t. But a holistic approach to the doing of business is often an excellent way to translate disparate currencies into cash.

Will this work for a commodity like emergent or local news? It depends upon the originality and quality (in the eyes of the consumer, not your definition of quality) of the content. No one is going to pay for something they can get free of charge or easily do without. Newspapers, filled with yesterday’s news delivered to the outside of your house isn’t a good product in the 21st century. A wireless electronic delivery system that notifies me of relevant, emergent news is more in keeping with informational needs of today’s consumers … oh, wait, that’s what I get in my BlackBerry, on my iPhone and online.

Can a free online product ever make money? Yes, absolutely! You simply need to understand the currencies of the Internet and build models that translate the value of those currencies into wealth.

Can you frame this conversation as free vs. paid? No. Not if you are trying to get someone to pay you cash directly for something that is ubiquitously available for free. Free vs. Paid is not the great debate, it’s a no-brainer — free wins! Valueless vs Valuable, Scarce vs Ubiquitous, Demanding of attention vs Commanding of attention are the debates and the winners will be the individuals and organizations that can most effectively translate the value of content into wealth.