I just got off the phone with a friend of mine who told me that her Facebook profile had been deleted — not hacked, deleted by Facebook. I wondered how this could happen and, unfortunately for her, she posted a picture that Facebook deemed to be inappropriate. According to my friend, Facebook notified her with a strongly worded warning message and before she could do anything or even respond to the message, her account was deleted.

I’m sure you know someone who has had their Facebook account hacked or deleted, it may have even happened to you. First you feel violated, then isolated, then the reality hits you that your account is not coming back. Do you rebuild? Can you? How many people do you have to recontact? It’s a daunting task to say the least.

It will not surprise you to learn that Facebook was the center of her communications world. Pictures, contacts, groups, notes, wall posts, she was all in. When Facebook deletes an account, all of the posts and 100% of the history of that account is instantly removed from Facebook. It is as if the person (profile) never existed at all. If you haven’t experienced it, I can tell you it’s quite disconcerting. 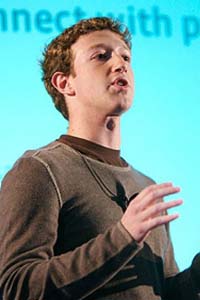 But not as disconcerting as the conversation I had with my friend. Violated, hurt and victimized by a company she trusted (Facebook) she was asking me what could be done. The answer, of course, is that nothing can be done. She can try some of the links in the help section of Facebook, but these are not generally very helpful. Her profile is gone and she probably won’t get it back.

In a moment of desperation, she sent me a copy of the picture that caused the problem. As if somehow my understanding the problem would help me change the outcome. It was a black and white shot of a couple locked in an embrace. I could see how it could be interpreted as inappropriate. That said, it didn’t show any body parts that you don’t see everyday on the street. And, if the picture had been printed on the cover of the New York Times Magazine, people would have called it art.

I made it worse when I asked her what she paid for Facebook. She answered, “it’s free.” And then I hit her when she was down. “Well,” I said, “… you get what you pay for.”

Why are we so willing to allow free services like Google, Facebook, Twitter and thousands of other sites and apps to be woven into the fabric of our lives? Why do we complain when a free service doesn’t meet our expectations? Facebook is free. Mark Zuckerberg says it will always be free. OK, then what’s it worth? I know what it’s worth to Mark Zuckerberg and his shareholders, but what is it worth to you?

I’m not singling out Facebook. What is free business software from Google worth? What is the value of free LAMP stack? Can we rely on communications tools that are provided free of charge?

Microsoft has a significant amount of cash on its balance sheet. It’s our cash, that we paid it to provide us with software that we use to make money every day. We can easily devolve the argument to make it about whether or not Microsoft Office is worth what Microsoft charges for it, but that would be off point. Microsoft, Adobe, Intuit, etc. all charge us for their intellectual property. They also provide customer service and performance guarantees. And, although we can argue degree, we get what we pay for.

Are free, cloud-based applications like Facebook or Google Apps the future of our digital lives? If so, should we be willing to rely on them for the doing of life or the running of our businesses?

Facebook just announced some new features, including a way to export or backup some of the content you’ve uploaded to Facebook. This is a good start, but it is far from a solution to the problem of being deleted — for that you need to have had control of your digital presence in the first place.

Shelly Palmer helps business leaders turn data into action. Named one of LinkedIn's top voices in technology, he is the host of "Think About This... with Shelly Palmer & Ross Martin" on the Westwood One Podcast Network. He covers tech and business for Fox 5 New York, writes a weekly column for Adweek, and is a regular commentator on CNN and CNBC. Follow @shellypalmer or visit shellypalmer.com or subscribe to our daily email http://ow.ly/WsHcb