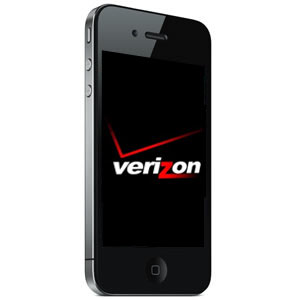 “Should I get a Verizon iPhone 4?” is the number one question I’ve been asked this week in person, via email, on the web, via smoke signals and by carrier pigeon. The short answer is, no. The long answer is, if you love your existing iPhone 4 but really, really hate AT&T, then yes — but otherwise, no. Here’s why:

Verizon’s iPhone 4 is going to be almost exactly the same as AT&T’s iPhone 4. The key difference is the network.

AT&T uses a GSM (Global System for Mobile) network and Verizon uses a CDMA (Code Division Multiple Access) network. This is ignorable geek speak except for one fact: you will not be able to browse the web while you are engaged in a voice telephone call on a Verizon iPhone 4.

Because these phones are substantially identical, you may be tempted to immediately switch from AT&T to Verizon. After all, advertising and propaganda aside, the Verizon Network is known to be the best, most far-reaching mobile network and it rarely drops calls.

But, here’s what you need to consider:

1) AT&T is not letting you out of your contract without an early termination fee. AT&T’s wireless customer agreement says the fee is $325 minus $10 for each month of service paid for. The AT&T iPhone 4 came out at the end of June 2010, so do the math.

2) The aftermarket for your existing AT&T iPhone is going to be non-existent, so you will also be eating the cost of your $200-$300 iPhone 4.

4) You must make a two-year commitment to Verizon — and this is the big one – REMEMBER — the Verizon iPhone 4 is a3G, EVDO, CDMA device. This means that is will work on the existing Verizon 3G network, but it is not 4G compatible.

Verizon has been busy shouting as loud as it can about LTE (Long Term Evolution), its new 4G network. It will not be long before Verizon starts to offer 4G mobile devices, like Samsung’s Galaxy Tab 4G, Motorola’s Xoom, any number of Android smartphones and a ton of other 4G LTE stuff.

Which begs for the question: With 4G around the corner, why would you commit to a two-year contract in February 2011 for a 3G device? It makes no sense at all.

If Apple continues its MO of one new iPhone per year, you can expect the iPhone 5 to debut this spring/summer. Will it be a 4G LTE compatible device? I hope so. If it isn’t, it will have no chance competing with the Samsung, HTC, Moto and other 4G LTE devices that will be everywhere by then.

When you look at the cost of switching, the cost of the commitment to 3G and the sunk cost of purchasing two iPhones that are obsolete, switching is not a great idea and signing up for a new Verizon iPhone 4 is, well … dumb.

For those of you who are still not convinced that you should sit this one out, here are a few facts you need to know:

1) A Verizon version of Apple’s iPhone 4 will be available for pre-order on February 3, 2011

3) The Verizon iPhone will act as a five device mobile hotspot. It’s like having a MiFi 2200 WiFi hotspot built into your phone. Awesome feature!

5) You cannot take your AT&T iPhone, walk into Verizon and ask them to switch it over, you must purchase a new Verizon iPhone.