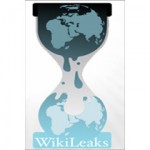 UK police arrested 5 people from the group Anonymous, who are responsible for the DDoS attacks on behalf of WikiLeaks. Those arrested were male, age 15 to 26 years old, after almost a year of investigation. Following Julian Assange’s arrest last year, the group launched cyber attacks on several websites that restricted WikiLeaks from using its services. Read the full article at WSJ.com