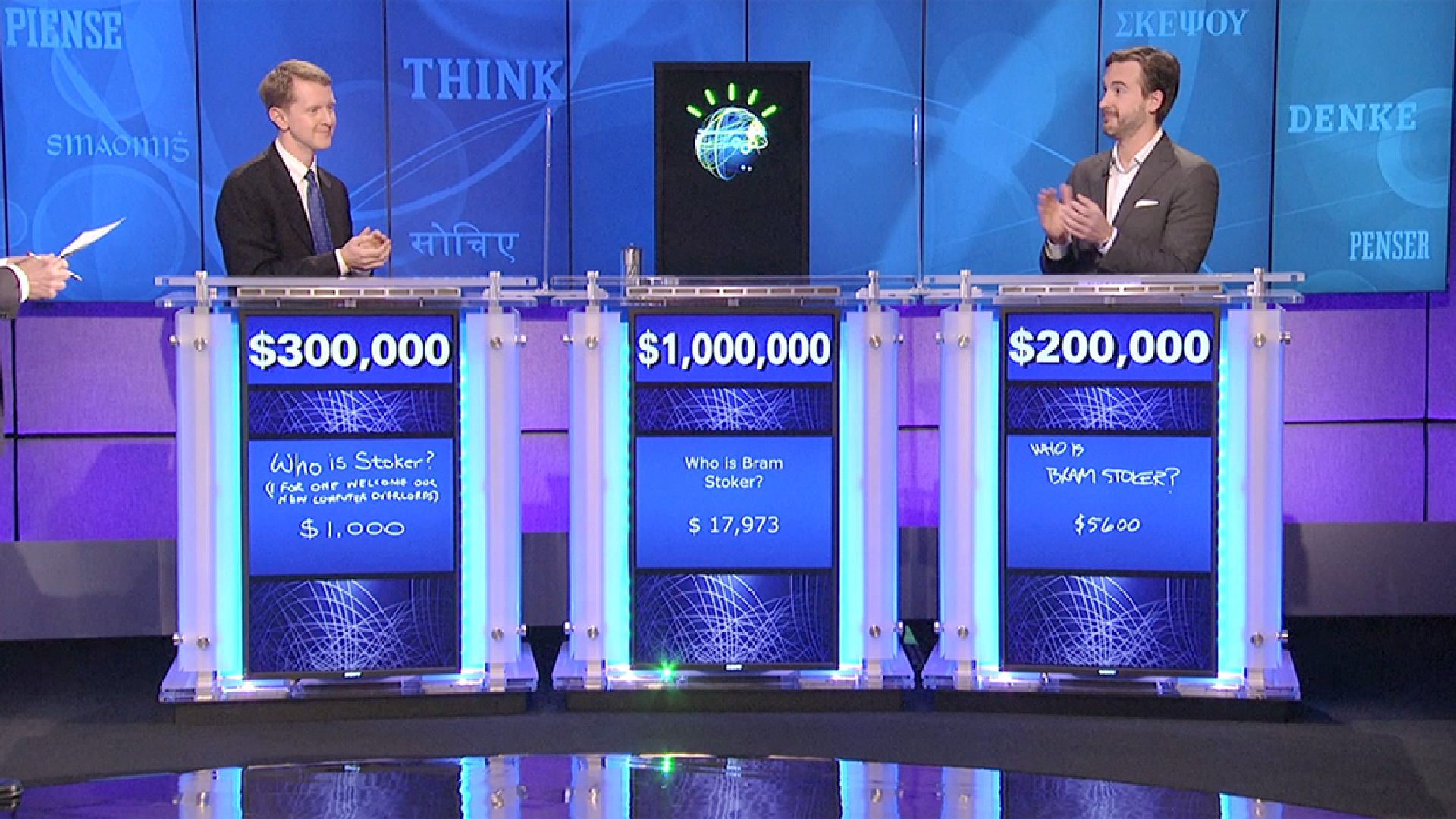 In 1877 Thomas Edison invented the phonograph.  Ever the showman, Edison liked to demonstrate his device by allowing people to speak into the machine and then playing the recording back for them. However, back in the late 1800’s, the technology was outside almost everyone’s conceptual understanding. Up to that point in history, the only thing that could mimic the sound of one’s voice was a ventriloquist, so people thought it had to be a trick. Clergymen came to pronounce it “the devil’s work” and to discredit Edison.

People simply did not understand the concept of a recording.  And back then; no one had ever heard a recording of his or her own voice.

For most people, that’s what happened on February 16, 2011.  That’s the evening that a very sophisticated IBM computer named “Watson” beat two human opponents in a friendly game of Jeopardy.

The match was broadcast over two days giving the blogosphere, the tweetisphere and Facebookistan time to light up with pro-Watson and anti-Watson sentiment.  In almost every case the arguments went something like this:

Moron 1: “Machines will never be better than people!”

Physicist: “Neither will I. So what?”

Theologian: “Machines will never achieve consciousness and will never have souls.”

Atheist: “They do not need consciousness, simple self awareness will do, and no one has a soul.”

Creationist: “If G-d intended man to fly, he would have given him wings.”

Evolutionist: “We have been inventing tools to make our lives better since the beginning of history. Watson is simply another tool that we have created with our G-d-given brains!”

If you spend a few minutes and take even a cursory look though the Interweb, you will find an extraordinary amount of writings by passionate parties on both sides of the John Henry argument.  (If you don’t get the reference to John Henry, he was a “steel driving man,” a mythological 19th century folk hero who collapsed and died after winning a race with a steam-powered hammer. Good story, and there’s a pretty good song that goes with it too.

Sadly, it’s the wrong argument and absolutely the wrong way to look at the event.

First, let’s congratulate IBM and the producers of Jeopardy for crafting a fantastic and wonderfully entertaining demonstration.  This technology could have been displayed in an infinite number of less interesting ways.  This remarkable mixture of showmanship and science was reminiscent of the great science exhibitions of the 19th century.

If you’re a student of innovation, or just want to learn about how important showmanship was to Industrial Age innovators, do a little research about the World’s Columbian Exposition aka The Chicago World’s Fair of 1893.  Thomas Edison and Nikola Tesla duked it out for the right (and the contract) to light up the fairgrounds with electric lights.  Although Tesla and Westinghouse ultimately won, the real winner was science and innovation – for the first time in history; people saw (in a dramatic fashion) how electric light bulbs were going to change our world.

It is in this spirit that we should look at the IBM Jeopardy Challenge. And it is in this spirit that we should applaud Watson.  This technology represents American know-how, American ingenuity and clearly demonstrates the power and promise of corporate research and development departments.  This was a wonderful demonstration of the nexus of pure scientific research and applied engineering. Watson represents the highest, best purpose of our educational system in America – to relentlessly explore the boundaries of our imaginations and to seek answers to questions we do not even yet know how to ask.

We live in the Information Age and information is the most valuable currency of our time.  If the United States is to remain a super-power, it needs to be a digital super-power and an Information super-power.

You may think that Watson is a machine and that, because it has a name and a voice, you can anthropomorphize it.  Don’t go there.  It’s the wrong road.  Watson is a humanized; show biz-ized, demonstration of technology that will keep us safe and secure in a Cyber-war.  It is a clear path to better educational tools, better business tools, and tools that will help us live and work in a digital world.

Kudos to IBM for building a machine that inspires us while it informs, enlightens and entertains.  And, to those who think that this was a demonstration aimed at dehumanizing us – shame on you for being fooled by the machine!