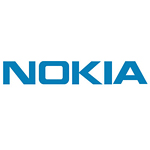 A memo from Nokia’s CEO Stephen Elop was leaked and revealed harsh disappointment in Nokia’s progress. The memo says that while Nokia has sources of innovation, it has not been brought to the market fast enough. Elop ultimately compared Nokia to a “burning oil platform.” Read the full article at engadget.com