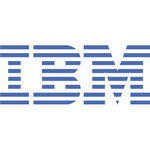 The SEC has charged IBM with bribing officials from South Korea and China to win contracts for computer equipment. Charges of the slush fund were not confirmed or denied by IBM, but a $10 million court settlement was made. The bribes were used to pay for travel, entertainment and accommodations for said officials. Read the full article at ComputerWorld.com