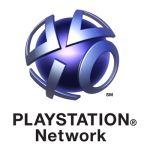 Sony expected to already have its PlayStation Network back online, but is taking extra precaution to ready its security. The company also believes that hacker group Anonymous committed a denial of service attack on its servers that allow for a third-party to steal the user information. Over 100 million users were compromised in the attacks and C-Net reports that hackers are already planning a third attack.