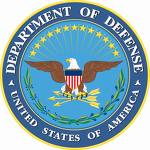 The Pentagon has officially recognized cyber-attacks on the United States by outside forces as an act of war. Until now, the government hasn’t had a formalized approach for combating the growing threat posed by hackers. Cyber-attacks will only be met with force if it produces damage equivalent to traditional attacks. Read the full article at WSJ.com