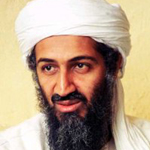 British authorities recently stated that al Qaeda has called for a “cyber jihad” after the death of Osama bin Laden. Authorities believe that the actual threat is low, but is more likely to become a growing problem. Past attempts consisted of sending malicious emails to the likes of Google and NASA. Read the full article at HuffingtonPost.com