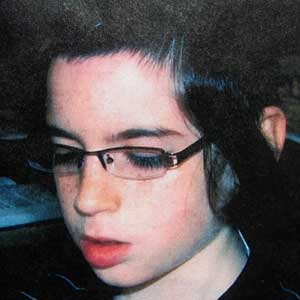 As you know, the plan went terribly wrong. Leiby got confused, made a wrong turn and ended up in the hands of a killer. My heart goes out to his family and loved ones. This is so profoundly sad.

After the story unfolded and the killer was caught, people started asking me about how technology could used to prevent this from ever happening again? Are there GPS tracking devices? What if there were more surveillance cameras? What if Leiby had a smartphone?

I cannot make any sense out of Leiby’s death, I don’t even want to try. And, I certainly do not want to second guess his parents or play “what if.” However, I would like to answer some of the questions I’ve been asked.

First, I am a father of three and a grandfather of two and I can tell you, without hesitation, that nothing I am going to discuss here can be used as a substitute for astute parenting. This is so important; I’m going to say it again. The tools I am going to talk about may actually put your kids closer to harm’s way. Why? Because they work so well, you may use them as a “crutch.” Do not rely on technology to safeguard your kids – that’s your job!

That said, it’s time to lobby Mayor Bloomberg and get him to lift the cellphone/smartphone ban for school kids. I truly understand the downside of putting a device of this power in the pocket of a kid at school. Some will say it’s a really bad idea. I say, let’s get the Board of Ed to work with Apple, Google, Microsoft, HP and Nokia and start incorporating smartphones into the schoolwork. It will make classes seem more relevant to digital natives (kids born after 1989 whose world has always been completely digital) and it will add a layer of 21st century safety tools to school security. Yes, kids will lose their devices or have them stolen. Yes, this will cause a remarkable amount of grief for everyone involved. Yes, it will take time for the bureaucracy to learn to deal with the tech. Of course, we’re going to hear Sturm Und Drang about haves and have nots, and cost. However, if one life is saved, it will all be worth it.

A free app like Google Latitude would have given Leiby’s parents his approximate location. No need for him to make a call. Loci or InstaMapper would have been even more accurate.

My three-year-old granddaughter has a pretty good handle on her iPad, she will be Facetiming me by herself in the next couple of months. Making a call will be old school to her by the time she’s nine.

Even an old-fashioned feature phone (like a flip phone) can be easily programmed for one-touch speed-dialing. Press one for Mom, two for Dad, etc. Super easy – super safe.

Really don’t want a phone, try “Little Buddy Child Tracker.” For about $50 bucks on Amazon, you can put this jump-drive-sized device on a necklace, in your kid’s pocket or backpack and you will always know exactly where they are.

What about “Leiby’s Initative,” the new tax credit proposed by Brooklyn lawmakers? The goal is to help subsidize more surveillance cameras in NYS by offering a tax credit for installing and maintaining a camera. Awesome!!! It would be great if these cameras were digital and all fed into a central database that had face recognition software available to it, but that’s for another column.

All in all, there are plenty of tools we could deploy to technologically empower us to track our kids. Many of them are relatively inexpensive and excellent. Use them or don’t use them, but remember – no tool can ever replace common sense or good parenting. Technology usually breaks at the worst possible moment – street smarts tend to work all the time.