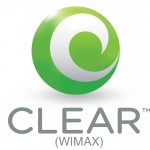 The wireless high speed Internet service provider, Clearwire, recently announced that it’s pursuing Long-Term Evolution as its 4G technology of choice. Clearwire is currently building its 4G network around the technology called WiMax, which is being used by the company’s majority owner, Sprint. The switch doesn’t come as much of a surprise, seeing as how every other major carrier is building its network on LTE. Read the full article at CNet.com