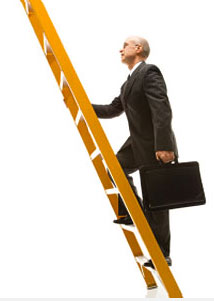 Do you want to get hired, promoted, or “just” keep your job?  The two secret words to achieving these objectives are “uniquely useful.”

Useful is fairly obvious:  can you do what needs to be done?
Think of this as a pass-fail test. I admit the test isn’t always executed fairly. We all know some quietly competent people whose contributions have been overlooked.  And we all also know essentially incompetent people who slide by for years.  Maybe I’m an optimist, but I believe these people are being weeded out faster.

I also believe useful has a connotation of helpfulness, which is a powerful positive.

The concept isn’t “most useful.”
Obviously, some people are more useful than others.  And it must be good to be perceived by the boss as being more useful.  But the relative degree of usefulness is difficult to determine…and difficult to value.  I also think the competitive aspect doesn’t build to success as directly as uniqueness.

CAUTION: Unique must be linked directly with useful.
Unique can be defined as simply being different, which usually is a negative.  So you need to communicate how your uniqueness can help your current or potential employer.

If you’re uniquely useful, you’re providing value that no one else can.
As long as the hiring manager or your boss perceives you are uniquely valuable, then you’re going to get hired…going to be retained…maybe even be promoted.

How do you become uniquely useful?
If you’re looking for work, you have to network into your targeted companies to find out what capabilities they believe the company needs but doesn’t have.  With this knowledge, you can craft a targeted message that communicates how you can deliver exactly what they need…a good definition of being useful.  And you can communicate and support a positioning that you are uniquely able to do what needs to be done.

If you’re currently employed, look for a critical function that’s understaffed or needs obvious improvements, and volunteer to help on the projects that:

This will make you uniquely useful as well as important to your employer.

Richard is Chairman Emeritus of the Marketing Executives Networking Group, founder of Demand Marketing consulting firm, and former Sr. VP of Marketing for three multi-billion dollar companies: CEC, WLP, and Service Merchandise. His early career was at GE, P&G, Playtex, and Marketing Corporation of America. He’s also a volunteer counselor for SCORE assisting small businesses in upstate New York. You can follow his communications about marketing, job search and careers here and at mengonline, ENTREPRENEURS QUESTIONS, and on Twitter at @Sellers_Richard.