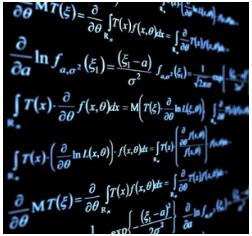 “However beautiful the strategy, you should occasionally look at the results.”
—Winston Churchill

There has been a long running debate in social sciences, military strategy, online advertising and marketing circles. The language used for each field obscured the fact that the debate was really one and the same. Since few folks move from one discipline to the other, each felt that there was uniqueness to their side of the debate.

The central point of debate centered on problems of predicting human behavior and social interactions. Social sciences have been in search of an algorithm to predict human behavior, although the language may not have precisely utilized these words.

BF Skinner epitomized this algorithmic search with his behaviorism theories. Skinner believed that individual behavior could be reduced and therefore predicted by a thorough understanding of every stimulus and response. For Skinnerians, our environment and experiences just don’t create who we are; they determine who we are and what we will do.

When I was in college in the 70s, E.O Wilson was busy reducing social behavior to biological drives in the attempt to predict social interactions. Reducing is the operative word.

In economics, predicting human behavior and financial market movements became the central focus for this discipline. Thousands of very bright mathematicians joined the economics fray to reduce thousands of variables in the vain hope of distancing themselves from chance. Once again, “reduce” is the operative word.

In the military, hundreds of millions of dollars are spent in designing battle scenarios in computer simulations. This is just one element in the preparation for war. Yet EVERY military strategist will tell you that one cannot reduce the complexity of the battlefield to a spreadsheet or algorithm and EVERY plan is thrown out after the first five minutes of the battle. Prediction remains not just elusive, but impossible.

So we come to online marketing.

The predictive obsession has arrived, utilizing the same reductionist methodology as its social science predecessors. And the same math wizards who could not predict their way thru the financial markets are applying disproven principles to online marketing. As Churchill said, it is a wonderful strategy but you still have to ask, “how’s that working for you?”

The results have been in for a long time, only there are too many people focusing on the limited successes to be bothered with failures. But the acolytes of prediction believe they are innovators and fail to look at the history of this misguided meme. Here is Laplace’s version of the issue stated back in 1816;

We may regard the present state of the universe as the effect of its past and the cause of its future. An intellect which at a certain moment would know all forces that set nature in motion, and all positions of all items of which nature is composed, if this intellect were also vast enough to submit these data to analysis, it would embrace in a single formula the movements of the greatest bodies of the universe and those of the tiniest atom; for such an intellect nothing would be uncertain and the future just like the past would be present before its eyes.

Modern day marketing “Laplaceans” are devoted with religious zeal. Their faith makes them believe that they can predict the future if only they had a big enough computer that would know all the past behavior of individuals. So the fool’s errand of collecting “more data” became the new obsession and few looked at how the results turned out. They have been rather poor. Not surprising since the theoretical foundations of Laplace have been disproven by quantum theory. Uncertainty is a fundamental part of reality.

I spent the better part of the last three years of online debate taking the data reductionists to task. I think what was driving me was the gulf between what I knew and what I wanted as a marketer and entrepreneur. I wanted to be wrong. Uncertainty is daunting when you set out to overcome it and that is precisely what I tried to do. But the results were miserable. The journey to discover “WHY” led to studying physics, economics, philosophy, psychology and military theory.

And I discovered that this debate has long been decided and I am moving on my friends. Moving on to embrace uncertainty and develop business strategies that do not rely on what is inherently unknowable.