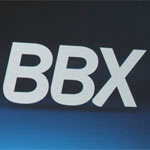 At a BlackBerry developer conference, Research In Motion announced that it’s working on a new mobile operating system. The new “BBX” platform will run on future BlackBerry and RIM tablet devices, but is unlikely to resurrect the PlayBook tablet. Hopefully the new OS can find developer support, as the PlayBook’s biggest downfall is a lack of usable apps.