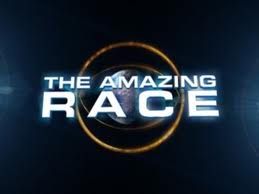 Last week’s episode of The Amazing Race was the most uncomfortable ever and strangely last night’s episode was the most comfortable ever.  Last week brother and sister couple, Justin and Jennifer, fought, shouted, yelled, screamed, bickered, and argued during the entire episode.  They even argued when they were simply waiting for a train and not in the throes of a challenge.  It got to the point that it was not only visibly disturbing for the other contestants to watch, but it was even disturbing for us as viewers to watch.  Last night’s episode was quite the opposite.  While mention was made that everyone hoped Justin and Jennifer wouldn’t be at each other’s throats, most of the episode was dedicated to cordiality between team mates and cooperation amongst teams.  All of this set in the rice fields of Indonesia and a 9th-century Buddhist temple at Borobudur.

The contrasting episodes of painful bickering and peaceful living made me wonder whether life would be better lived in a world without smartphones and the Internet – a techno-less society to slow us down and take away our need for instant gratification that usually leads to instant frustration.  Justin and Jennifer are prime examples of folks who have been pushed to extreme emotions without the comforts of what they are used to – looking up things on Google, having a GPS to take them to their next destination, and having the luxury of air conditioning wherever they are.

Is there any way all this fancy technology can help them get along or do they need to slow down and plant rice for awhile?

Every word Justin spoke, Jennifer responded to.  And, vice versa.  But if you actually listened, you would notice that they were both talking so loud they couldn’t hear each other.  They weren’t communicating at all.  They weren’t listening, responding, listening, reacting.  And here is where technology can save them.  If they could just send a text to each other, even while standing next to each other, they would be forced to process their thoughts, think of the right words to articulate them, breath while they typed them into a texting device, and wait for the reply.  This texting back and forth would allow them to actually have a conversation without speaking a word.  It is the conversation that human relationships are built upon.  A little technology can allow couples to communicate without having to live on a rice farm on the other side of the world.

So next time someone is talking so loud that you can’t hear them, send a text.

For more thoughts on our connected world, check back here every week or visit my website.