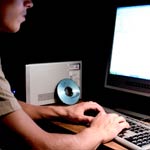 Seven hackers were charged for fraudulently earning millions of dollars by hijacking over 500,000 computers and redirecting users to pages with advertising. The group even managed to infect over 100 of NASA’s computers with a virus. The FBI arrested six of the suspects in Estonia, while the remaining Russian hacker remains at large. Read the full article at BusinessWeek.com