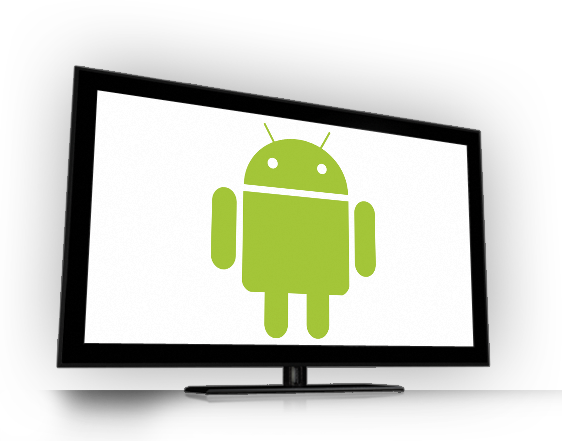 In years ahead, people might look back at the events of last Friday afternoon as watersheds for interactive TV and new channel development, if Google gets its aims straight.

If those aims, cultivating worthwhile interactive applications and the next generation of diverse TV content, become embraced by the public, direct all the credit to what Google put in motion last Friday. In one move, Google TV, which flunked in its initial rollout over the last year as feature on Sony Internet-connected TV sets, Dish Network and Logitech Revue standalone set-tops, finally gave the green light to those 200,000-plus Android application developers to make that product what it was designed to be all along: an open landscape mixing reconstituted Web sites and mobile phone services with original interactive TV content.

Then came another long-reported move: Google’s YouTube unit allocating $100 million to the generation of 100 new programming services developed by celebrities and production centers big or start-up, dramatically expanding that Web attraction’s original output. The channels will be rolled out over the next year, starting this coming month, with each net starting with a $5 million bankroll.

Google TV’s first iteration, touted as better way to view both TV and the Internet, didn’t connect because many TV networks and content makers concluded that meant competitive threat to their distribution livelihoods, namely broadcast, cable, satellite and overbuilders. Simpler way to put it: cord-cutting. So they blacked out their content on Google TV, and for viewers, there went that big incentive to use it. Google TV’s second go, deploying this week inside Sony connected sets and Logitech Revue soon after, eliminates the alternative TV argument, instead making the case it provides an expanded array of services. “The (platform enables) new content creators to add to the programming you already enjoy on your TV set, Given so much choice, we’ve committed to delivering the best way to discover and engage with the high-quality entertainment on your TV, whether it comes from your cable or satellite provider, or from the Web,” Google officials Mario Queirce and Vincent Dureau noted on the company blog last Friday.

The big new feature here is what emerges from that Android developer universe, 50 of them at or shortly after deployment. Again, they can adapt their mobile work or fire up their imaginations directly into TV. What they’ve come up with so far includes Monitor Bee and TinyCam, survellence features for use in home or office; Flightboard (airport-airline arrival/departure times worldwide) and AllRecipes.com. Plus there’s Twitter, AOL HD, a NASCAR HD auto racing service and games aplenty. All with some remote or small keyboard clicks on a simple on-screen interface.

Another big feature is YouTube dramatically upgraded for widescreen TV play, and that can only benefit those 100 new services out to debut over the next 12 months, whether The Loge from Berman/Braun to Cooking Up A Story from newcomer Food Farmer Earth to Lionsgate’s Fitness Channel and Stan Lee’s World Of Heroes at Pow! Entertainment and comics icon Lee. They’ll also benefit from YouTube availability on connected/smart TV sets now in households from Samsung, LG, Vizio and other manufacturers, and ultimately cable/satellite distributors if these channels build enough rep and viewers to go digital or video-on-demand. Plus these new channels represent all the more reason YouTube should dive into VOD via cable and satellite, taking advantage of more than half the nation’s TV households with that capability.

Let’s be mindful another possibility from this YouTube initiative: expanded content diversity undertaken by or for people of color.

The public will determine how successful Google TV round two turns out, along with the 100 new networks introduced via YouTube. Here’s one clear point: Google must give these 2.0 undertaking a fighting chance to work, and that starts with its top executives and promotions people in the thick of the action, not on the sidelines.

When Google TV launched last fall, Sony and Logitech appeared to lead the charge while Google came across as bystanders. At rollout events by both companies for media in New York, Sony/Logitech did all the key speechmaking and presentations, with a Google underling or two just present. As reports on the channel blackouts multiplied, Google kept a muted profile, not advocating the notion that Google TV was an expansion of TV possibilities, not a competitive threat.

That largely silent mode continued last Friday afternoon, when Google announced its moves through blog posts. No press release, no press conference, no conference calls, no follow-up press interviews. It was left for Sony to do its own press release, and for at least two new Google TV ITV suppliers–AOL and NASCAR–to do likewise.

Given that the products are Google TV and YouTube, both generated by Google, and that these developments were anticipated for weeks, you’re left wondering what gives with this company’s press and public relations workforce. You’re left concluding that at best, this is a demonstration of lazy, lackadaisical mindset, and at worst, substandard incompetency. How about a 2.0 upgrade here? And how about CEO Larry Page and other top Google executives sounding off and showing up where the opportunity to define Google TV and YouTube are there for exploiting to the max?

For now, we’re at the restart of an effort to bring about new TV channels and services, consequences aplenty either way. Let’s witness how this 2.0 goes, and Google, let’s see what distance you’ll travel to ensure this 2.0 works.