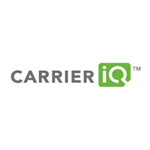 Software that tracks each key you press on your smartphone is installed on millions of mobile devices including Android, Nokia, RIM and older Apple Devices. The software called Carrier IQ records everything from keystrokes, web history and text messages then sends the information back to your carrier. It cannot be uninstalled and may very well be in violation of Federal wiretap laws.

The information gathered is presumably anonymous and is used to determine when and where calls drop, when programs crash and how we use our phones. Carrier IQ is considered a diagnostic tool for companies to figure out how to make your phone better, but many consider it a breach of privacy.

Former Justice Department prosecutor Paul Ohm told Forbes, “Because this happens with text messages as they’re being sent, a quintessentially streaming form of communication, it seems like exactly the kind of thing the wiretap act is meant to prevent.” He goes on to say, “When I was at the Justice Department, we definitely prosecuted people for installing software with these kinds of capabilities on personal computers.”

Sounds pretty ominous. Is it? According to Information Week, Carrier IQ has responded to the accusations saying: “Our software is embedded by device manufacturers along with other diagnostic tools and software prior to shipment. While we look at many aspects of a device’s performance, we are counting and summarizing performance, not recording keystrokes or providing tracking tools.”

Contrary to Carrier IQ’s assertion, a video by IT systems administrator Trevor Eckhart shows how the software tracks your usage. It quickly made its way around the internet, reigniting privacy concerns about Carrier IQ. 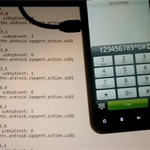 So, it should be no surprise that the U.S. Senate is demanding answers from Carrier IQ. Senator Al Franken (D-Minn.) has asked the company to explain exactly what they record, who they give the information to, and how consumers can stop it.

When asked, Apple responded by saying that it has abandoned using Carrier IQ with the upgrade to the iOS 5 operating system. The company also plans on releasing a software update that will remove Carrier IQ from all of its mobile devices

Gee, I feel safer and less violated already. Sadly, it is currently unknown exactly what information is being transmitted to wireless carriers and manufacturers. AT&T and Sprint acknowledged that they use the software, but don’t collect any personal information. According to MSNBC, AT&T stated that it only uses Carrier IQ’S software to “improve wireless network and service performance.” Sprint stated that the software is used to “… analyze our network performance and identify where we should be improving service. We also use the data to understand device performance so we can figure out when issues are occurring. We collect enough information to understand the customer experience with devices on our network and how to address any connection problems, but we do not and cannot look at the contents of messages, photos, videos, etc., using this tool. The information collected is not sold and we don’t provide a direct feed of this data to anyone outside of Sprint.”

That’s nice. On the other side of the river, Verizon said that Carrier IQ is not installed on any of its devices and it doesn’t use any of the program’s data. And, both Nokia and RIM insist that they don’t ship their phones with software pre-installed.

So what’s the bottom line? Ultimately, Carrier IQ is diagnostic software used by many companies to track how their phones and networks perform. While customers don’t have many options to stop the data collection from happening, chances are that it isn’t being used perniciously. But, in our sensationalistic, sound bite, social mediated world … you’ll have to judge for yourself.