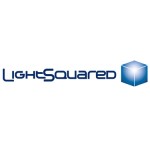 LightSquared, a company hoping to create a $14 billion nationwide 4G network, has hit a major speed bump with the U.S. government. Testing on behalf of the Department of Defense, the Federal Aviation Administration and some GPS providers found that LightSquared’s proposal would interfere with the performance of 75% of GPS systems. LightSquared responded to the report, stating its conclusions were inaccurate.