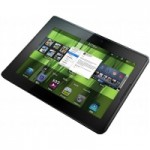 Research in Motion released a major update to the Blackberry PlayBook tablet. The software update includes email functionality and the ability to install Android apps. Frankly, these are fairly basic features that should have been included in the PlayBook’s launch. Yes, BlackBerry is really playing catch-up. Read the full article at WSJ.com