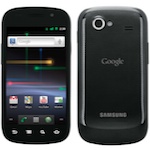 The most recent ad campaign for Samsung smart phones illustrates that attempted move to the right side of the brain.  Samsung has introduced a new lexicon indicating that Apple users/buyers who incorrectly think that the newest Apple phone represents the latest technology advance are getting “Samsunged”.  The point being made here is that Samsung smartphones do even more than the Apple phones these people are waiting on a long line to buy.  These commercials appeared in the recent Superbowl, the #1 media event of the year.  If they can make that expression stick they will be starting the process of changing a well developed mind set.

The Apple mind set is one with deep roots.  A recent brand loyalty survey released by Brand Keys indicated consumers brand preferences for all brands in all categories from consumer electronics to fast food to vodka brands.  On this list, Apple smartphones were #2 and Samsung cell phones were #7.  Though somewhat close, Samsung still has a long way to go to make that right brain connection on which they are focused.

Taking a look at the sales figures for the two brands gives us insight into how well, or not, the Samsung marketing campaign is working and how much they still need to accomplish.  Q3 2011 results were very impressive for Samsung.  They overtook Apple in the quarter to become the world’s largest smartphone manufacturer.

According to Strategy Analytics, “Samsung’s rise has been driven by a blend of elegant hardware designs, popular Android services, memorable sub-brands and extensive distribution.”  But, moving slightly forward, the iPhone 4S helped Apple regain its long held #1 spot as the leading smartphone brand in Q4 of 2011.  So, Samsung’s victory was certainly short lived.

The total Samsung brand enjoys the advantage of being the #1 television brand in the world with ubiquitous distribution which generates Samsung impressions every time a consumer steps into a Best Buy, Costco, or Target store.  And these impressions build upon the favorable attitude that consumers have.

But, as they attempt to capture that emotional versus rational place in the consumer’s mind, they need to recognize with whom they are competing.  Apple doesn’t just create new products, they invent new categories.  They completely changed the way we listened to, and bought, music with the iPod.  Then they completely changed the expectations we had as to what cell phones could do, and how we communicate, with the iPhone.  Finally, they redefined what a computer is with the introduction of the iPad.  Trying to compete with this well deserved reputation for genius will take more than a few creative television spots, and attractively designed smartphones.  It will take a sustained effort to pay off this new positioning over a long period of time.

Steve is a marketing and marcom consultant for Customer Focused Solutions specializing in media, entertainment and online advertising organizations. In addition, he is an Adjunct Professor at NYU teaching a course in Competitive Marketing Strategy. You can reach Steve at syanovsky@optonline.net