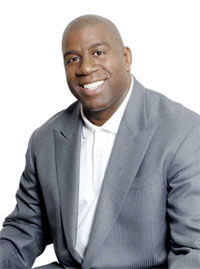 The journey to the outcome went longer than anticipated, but at last, Comcast has chosen the first players in its new assortment of independently-owned channels cleared among cable affiliates nationwide.

All four owe their shot of existence to the pledge Comcast made en route to acquiring NBC Universal last January. Via agreements with a number of multicultural advocacy institutions, Comcast set aside at least 10 channels for new indie networks to premiere between 2012 and the end of 2018, all of which Comcast would not take equity in, and eight would originate from people or organization of color (four African-American/four Latino). The first three would be selected from a group of proposals submitted last spring. More than 100 proposals ultimately came in, with notables from Tyler Perry and Russell Simmons to Bill Cosby and Emilio Estefan reportedly in contention.

Comcast originally wanted to name those first three winners by the end of last summer. Didn’t happen, and you can chalk that up to two factors. First, the sheer volume of proposals was more than Comcast bargained for, apparently quite a number worthy of national carriage. That alone can push a timetable back. The second factor, according to post-announcement reporting: some diversity organizations were invited to scrutinze the proposals as they worked their way to final consideration at Comcast. As lengthy as that course went, frustrating for some anticipating that summer 2012 call, give props to Comcast for having the process be inclusive.

As a result, Comcast announced four channels instead of three, and all but one will premiere over the next 12 months. Three of the four have behind-the-scenes star power for financial backing, and all four promise to give new African-American and Latino production talent a big break with their ventures.

What’s important to keep top of mind is that placement on Comcast, while an accomplishment and nothing to blow over when you get up to 20 million homes in a single bound, is a single bound, emphasis on single. Now comes the process to win over as much national carriage as possible from Time Warner, Charter, Cox, Suddenlink, other multi-system operators, DirecTV, Dish, FiOS TV and U-Verse. Now comes producing programs that move viewers to watch and moves the medium forward. Now comes attracting national advertisers with the argument that you add value to TV, not copy what’s already on. Now comes building networks that last. Let’s see how this star power, considerable as it is and new to the experience of TV network creation, moves ahead.

For Comcast, the new channels they opened their cable systems for last week represents a leap for diversity in television. Again, a single leap. There’s still four more channels of color to pick, and two “wild card” independent selections that could easily be directed at people of color. From this vantage point, it would be great to have one of these wild cards played by Asian-Americans, and the other work for Native Americans. Numerous attempts to serve the latter population with a TV network have collapsed over the years, and it’s way overdue for such a channel to come through the diversity pipeline.

Let’s also see if Comcast goes beyond their 10 indies promise, while other multichannel distributors institute their own similar, substantial efforts at expanding TV diversity. All of this would be a lasting milestone to a nation on track to reach a multicultural majority far sooner than imagined just a year or so ago.

I’m chomping at the bit to monitor the journey from here.

FYI: David Jensen, the executive overseeing Comcast’s indie channel/diversity project, will be Simon Applebaum’s guest this Friday on Tomorrow Will Be Televised, the Internet radio program all about the TV scene. Hear this episode live at 3 p.m. Eastern time/noon Pacific time on BlogTalk Radio, on replay at www.blogtalkradio.com/simonapple04, and on podcast via iTunes.com and other Web podcast sites arranged by Sonibyte.