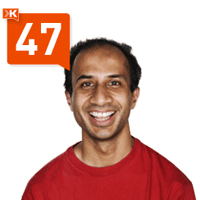 Klout declares itself to be “the standard of influence,” and many marketers these days buy into the notion that when it comes to influence the action is mostly – or most importantly – taking place online. Social media influence is often called word of mouth on steroids.

However, this belies the fact that the overwhelming amount of word of mouth influence – even among consumer influentials – still takes place offline, in the real world.  I was pleased, therefore, to see a CNN interview with Klout’s founder Joe Fernandez in which he acknowledged, “Klout measures your ability to drive actions online.  That doesn’t always reflect in the real world.”

This is a point that has been made elsewhere, by others. For example, Rishad Tobaccowala, Chief Strategy and Innovation Officer at VivaKi and a highly regarded and thoughtful observer of the media and marketing landscape once tweeted, “Klout is not Clout.  Little to no offline influence.”  But now to see the same point coming from Klout, as well, is refreshing.

Does this distinction between online and offline influence matter?  The answer is yes.  And here are three reasons why.

First, if you mistakenly believe that most or all influence takes place online by people with large numbers of followers on Twitter and friends on Facebook, you are missing out on the fact that even among people with disproportionately more influence (a group my firm calls Conversation Catalysts™), the overwhelming majority of their conversations about products, services and brands takes place offline.  Yes, they do engage in more conversations online than others, but that’s because they talk more on an overall basis, both offline and online.  It’s not a zero sum game.

Second, people use offline and online communication channels for very different reasons.  According to newly released academic research, the primary drivers of online word of mouth are (in order):  social, functional, and emotional.  The primary drivers of offline word of mouth are the reverse:  emotional, functional and social.  According to the researchers, “Offline conversations, which are mostly in one-on-one settings, are more personal and intimate by nature and thus allow people to share emotions such as excitement and satisfaction. Online WOM, which usually involves ‘broadcasting’ to many people (e.g. twitter), is more appropriate for social signaling (e.g., uniqueness).”

In other words, offline and online conversations are not mirror reflections of each other, but serve different needs with different implications for brands.  Marketers should not choose a “social strategy” without first understanding the motivations of consumers to share.  Online social media will be most effective if you have a new product or a new message for which social currency will be gained by sharing. But if you are seeking to tap the emotions that come with strong brand satisfaction and excitement that comes as a result of a recent purchase or exposure to an advertisement, then look for ways to help consumer share those stories offline where they will have their best chance for success.

And third, there is evidence to suggest that a large volume of outbound communications through social media goes unnoticed.  For example, while there are some brands with huge numbers of Facebook fans, only 1% is actively engaged online with that brand; only 6% of tweets go viral via retweet; and less than 10% of Facebook posts get noticed.   The potential of social media to start a viral avalanche is real.  The day-to-day likelihood of that happening is more muted.

If you are looking for consumers with clout who can help sway the opinions of others because they have a wide social network, are well informed and up to date on what’s new, and are sought out for their opinions then by all means you should deploy an influencer marketing strategy.  But remember, influencers are likely to be talking offline as well as online.  So think beyond social media alone.  Take a holistic view that considers all the ways that people gather and share information. To tap the full potential of social marketing you need a people-centric strategy, not a channel-centric strategy.