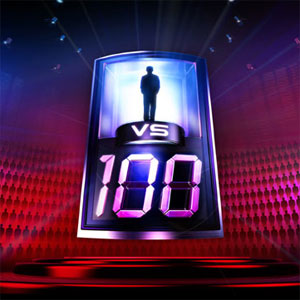 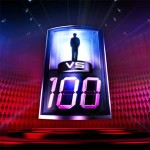 Remember the game show 1 vs. 100, where one contestant played against 100 people for a cash jackpot? As the lone contestant built up his/her end of the jackpot (through incredibly inane multiple-choice questions) host Bob Saget (later Carrie Ann Inaba) would call for a decision to play on with this question: Do you want the money, or do you want the mob?

You go money, keep the cash and leave. You want the mob, play on and take your chances on super payday. One or the other, your call.

For people desiring a break into the TV series world, the answer may be going both ways together–money and mob. If so, they may thank Mobcaster, a new Web site that in just nearly three months of existence, has a track record for giving proposed series a proverbial foot in the door. Going further, Mobcaster represents the latest example of what’s becoming one of this year’s big TV developments, the establishment of an independent television movement where programs outside major studios and production companies, often cutting-edge and ambitious, get a following.

The long-running New York Television Festival was the first step in setting this movement off, giving producers a local platform to make pilots seen simultaneously among network executives and the general public. Now there’s Netflix, Hulu, possibly Amazon, Just The Story and Wisecast Television, all alternative directions producers can take to get their series (TV networks in Wisecast’s case) on the air.

Enter Mobcaster, co-founded by former HBO digital media executive Aubrey Levy. The game plan: producers offer pilot pitches or scripts, or completed pilots in some cases, for public funding. Viewers have two, three months max to donate how much money they want to a project. If the target funding goal is reached or exceeded when time’s up, the project goes forward. If the pilot goes to series, Mobcaster presents a six-episode run on its site and gets a cut of the revenues off ad sales. Mobcaster has no say in the production of any series, and the producers are free to sell their creation to a TV network after the initial run.

Levy and his co-founders acknowledge that their effort is modeled after Kickstarter, the popular Web attraction that in a short time, has engaged people in funding a wide variety of creative ventures, including a few online video series. However, Mobcaster is the first Web effort of its kind with a pure TV focus.

Mobcaster heads into this week three for four on projects going forward, admirable when you consider this site has only done grassroots campaigns on the fly so far, and has yet to do a big promotional or public relations effort. Just last week alone, Mobcaster broke into the national media spotlight with an item in Techcrunch, the popular technology Web destination, and Levy coming on my Tomorrow Will Be Televised program (the result of meeting him by chance when we sat next to each other at a Social Media Week New York event last month).

The top success: raising almost $74,000 for series production of The Weatherman, a sitcom pilot from Australia entered at the NY Television Festival last fall. Six episodes will be produced and appear on Mobcaster later this year. Back To Your Senses and On The Campaign Trail, a pair of documentary series, attracted $15,205 and $2,545 respectively, taking them into pilot production. On the other hand, Chemistry, a mystery drama, only received $772 in a pitch for $8,000. Chalk that a miss. Next up: sketch comedy hopeful The Matt & Theo Show, seeking $3,000.

Whatever you may make of Mobcaster now, or the whole idea of people coming forward to fund TV in a community manner, you can’t bypass the reality that producers now have a variety of independent ways to realize their fortunes in TV. They didn’t have this last year. The foundation for this movement is grounded, a remarkable accomplishment in so quick a timespan. It’s early to conclude how big and impactful this movement gets. It’s enough to declare it an important trend of TV 2012, and the kind you can’t help but enjoy step by step.

PreviousTVShack Brit to be Extradited to US NextYahoo v. Facebook