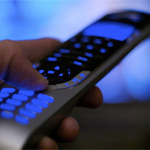 There’s a lot of people out there out to create the next generation of television, a fair chunk of them through new TV networks. Witness the more than 100 channel proposals Comcast worked through to come up with four, all independently-owned and operated by people or organizations of color, going on their cable systems between next month and early 2014.

Channel capacity on cable and satellite systems remains the big wall preventing new services from reaching the public, even with all the space-expanding technology and analog reclaimation in play. If you’re a new network, you need space for both standard and high-definition versions. You’re also fighting against expanded carriage for video-on-demand, interactive and–if the marketplace develops for it–3D services.

Any way multichannel distributors can crack open some space for new players, the better. If they don’t, they run the risk of losing those players, and perhaps customers, to the fast-growing universe of connected TV sets. Or whatever alternative avenues (like Roku) take root.

Here’s one quick way to open capacity up: reduce the number of supplemental premium channels coming from HBO, Showtime, Starz, etc. By supplemental, linear services like HBO2, HBO Signature and HBO Zone, both in SD and HD.

These are services that offer no original programming that encourages you to watch. Or enough differentiated content from mothership HBO by genres like comedy or Spanish-language that’s worth watching. This is just from HBO alone, and all these SD/HD networks are on Time Warner Cable in my corner of the U.S.

Drop these networks and presto, new room for new services. If you want to go further, try Cinemax’s supplements MoreMax, OuterMax and WMax. Or Showtime’s Beyond, Extreme, Next, Showcase and Too. Or The Movie Channel’s Xtra feed. And speaking of feeds, take out the Spanish-language transmission of all these channels, and you have room to replace them with Spanish or bilingual nets featuring first-run programming.

This way is going to ruffle feathers at HBO, Showtime et al, unhappy over the prospect of losing cable and satellite real estate. However, better perhaps from them to take a space hit now, than seeing their affiliates lose customers later, when they can find new services they’re excited about watching elsewhere.

Putting supplemental pay nets that clearly do not attract a crowd to permanent pasture isn’t the only way to solve the channel capacity issue. Nor should it be. Nevertheless, it’s a way to pursue for the near haul, and the time to make a call on it is now.

Observations from the passing parade: