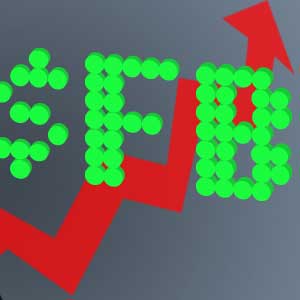 Facebook is going public today.  The share price is set at $38, which should put approximately $18.4 Billion dollars into Facebook’s treasury, and value the company somewhere in the $104 Billion neighborhood.  No mater who you are, that’s big money.

People have been asking me for guidance on this IPO for months.  Is Facebook worth it?  Can it make any money?  Should I buy it?  What’s the right price?  Who do you know at Facebook that can get me an allocation … and on and on and on.

With all the smoke and mirrors surrounding, what is sure to be, one of the biggest IPOs in history, it’s hard to separate the hype from reality.  Which really isn’t a problem because if you’re playing in today’s Grand Casino Game of Facebook, hype and reality are one and the same.

Facebook’s management and its bankers are about to translate the perceived value of Facebook into an extreme amount of wealth for themselves.  They are going to get richer by turning shares of Facebook into cash.  Your cash.  It is very likely to be the biggest payday of most of their careers.

Now that you own your shares of Facebook, how will Facebook translate the value of its service into wealth for you?  What fundamental business practices will be accretive to shareholder value and cause the share price to follow the path of Google or Apple?

Over time, will Facebook sell enough advertising to justify its P/E radio?  (I don’t want to make this a primer in the stock market, you can do your research on E*Trade for that.)  There is nothing about Facebook’s business model or earning potential that justifies what will probably happen to the share price today – but today has nothing to do with business fundamentals … just the American dream.

There are dozens of great articles about Facebook’s advertising model, it’s lack of a mobile strategy and even the fact that the people who really own Facebook have chosen this time in its history to sell.  If you’re interested in that kind of analysis, just Google it.

I’m fascinated by how easy it is to create value online and how difficult it is to translate that value into wealth.  Facebook’s management is going to do a great job translating Facebook’s value into their wealth, but I just don’t know how they are going to translate its value into anyone else’s.  Especially the new shareholders.

If you’re really thinking about purchasing shares of Facebook in the next 24 hours, please, please, please consult a trusted financial services professional beforehand.  This is not a game for casual players – not today.

One more thing … I have been inundated with questions about GM’s little, “we’re not going to advertise on Facebook” bomb that was dropped a few days ago.  As you know, the blogosphere, the tweetosphere and even Facebookistan itself were alight very smart and connected people trying to explain, rationalize and exploit this bit of news.

The real story, as told to me, cannot be published. But here are some things to think about: 1) Who at GM initially allocated the funds and who pulled them?  2) This week all television advertisers will allocate the vast majority of their advertising budgets in a process known as the “upfronts.” Silicon Valley and Investment Bankers don’t know what the upfronts are, so the timing of the announcement though unfortunate, was coincidental. 3) What is the correct way to measure and evaluate Facebook advertising? 4) Sometimes when people get caught in a tough spot, the best strategy is an unexpected attack. 5) By the time you read this Facebook will be worth $104+ Billion, GM will be worth approximately $33 Billion.  Is America a great country or what?

Seriously, if you hit the market today with your hard-earned cash, please get professional help and think before you buy.  This may be the greatest feeding frenzy since Bruce (the mechanical shark) ate Robert Shaw (Capt. Quint)ph at the end of Jaws – but you still have to know you’re in the water with sharks.