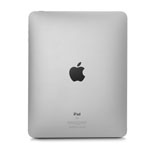 Users of the Time Warner Cable iPad app will be able to tune into a host of Viacom programs thanks to a resolution in the legal skirmish between the two media companies. The “happy ending” to the litigation between the two was announced yesterday on a Viacom blog, which called it good news for consumers. Time Warner Cable users will be able to grab such Viacom programs as “Jersey Shore” and “The Daily Show with Jon Stewart” via Time Warner’s iPad app. Read the full story at CNET.