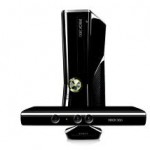 Microsoft recently filed a patent application for technology that would give its Xbox 360 Kinect sensor the ability to read users’ facial expressions and body language, thus enabling Microsoft to send them ads based on their emotional states. Jacob Aron at New Scientist writes that the technology in the patent application “suggests a company could choose which emotions would match to its adverts.” For example, Aron speculates that people who are generally happy might get fewer advertisements for weight-loss programs and more advertisements for new gadgets, while sad people might get fewer advertisements for local night clubs and confused people may get ads from “a technical support firm to help them out.” It will be interesting, to say the least, to see how people react to their own Xbox telling them that they’re depressed, stupid or overweight. Read the full story at Boy Genius Report.

PreviousTwitter Launches Tailored Trends Based On Your Location And Who You Follow NextF.T.C. Levies First Fine Over Internet Data