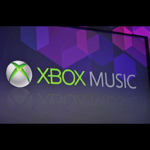 Microsoft is reportedly working on a new streaming music service that will tie in to its Xbox suite of gaming and entertainment services. Bloomberg on Thursday cited multiple anonymous sources in stating that Microsoft is in talks with major music labels in order to secure licensing for a new streaming music service that will compete with the likes of Spotify when it launches later this year. Details are limited, but the service sounds very much like the Zune service Microsoft already offers, which allows users to purchase digital downloads or stream unlimited custom radio stations. Bloomberg notes that Zune music services will be shuttered following the launch of Xbox Music, and users will be moved over to the new offering. Read the full story at Boy Genius Report.