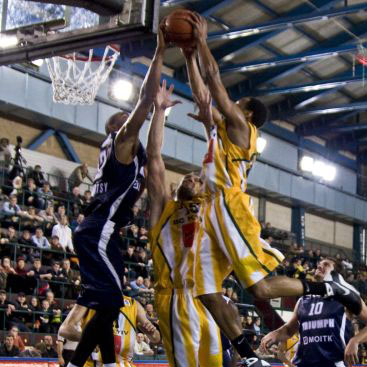 June is a very active time for sports television:  the NBA Playoffs are in full throttle along with the Stanley Cup, MLB races are taking shape, the US Open Golf tournament is soon upon us with Tiger Woods once again relevant, and two of Tennis’s major tournaments (The French Open and Wimbledon) will take place this month.  And by the end of next month it will be on to the London 2012 Olympics.

Major sports events are particularly popular for out-of-home viewing, whether at bars and restaurants, friends’ homes, in offices, or “on the go” via mobile devices. There are two important questions for advertisers, however:  How big are out-of-home audiences, and are they more or less valuable than at-home audiences?  The argument for being less valuable is that people are distracted from advertising when they watch in large group settings, while the argument for being more valuable is that ads seen in social settings lead to more conversation and therefore more social value.

A paper presented last week at The Wharton School shows that the out-of-home audience are both significant in size and more valuable than in-home audiences.  Entitled “The Power of Out-of -Home Audiences in the Digital Age,” it was presented by my colleague Brad Fay together with Jay Leon from Turner Sports and Carol Edwards from Arbitron. The paper is the result of multiple studies conducted on behalf of Turner Sports:  the 2011 NBA playoffs, the 2011 MLB playoffs, and the 2012 NCAA “March Madness” men’s basketball tournament.

Arbitron’s research confirmed that the out-of-home audiences for major sporting event television are large enough to have a material impact on media planning and buying decisions.  Depending on which of the tournaments were studied, the lift resulting from out-of-home viewing was anywhere from 15% to 25% for 18-49 year olds, and even larger for 18-34s.

Keller Fay’s word of mouth research demonstrates that the out-of-home sports television audiences are even more valuable than at-home audiences because they generate more WOM conversations about advertised brands.  For the NBA Playoffs, as one example, at-home viewers are 35% more likely than non-viewers (males 18-54 in both cases) to engage in conversations about the leading sponsors; out-of-home viewers are 64% more likely to do so.  A very similar pattern holds for the other two tournaments.

What accounts for this out-of-home lift in conversation about advertised brands?   Out-of-home viewing tends to occur in more social settings, such as a bar or restaurant.  Their environments create more opportunities for advertising to stimulate conversations about brands, and thus to create greater value for the advertisers.

The implication for the ad community is that advertisers can take comfort in the knowledge that increasingly “on the go” viewing produces rewards in terms of both audience size and engagement.  Far from out-of-home viewing being a distraction, it instead adds social glue that leads to greater value for the advertiser.