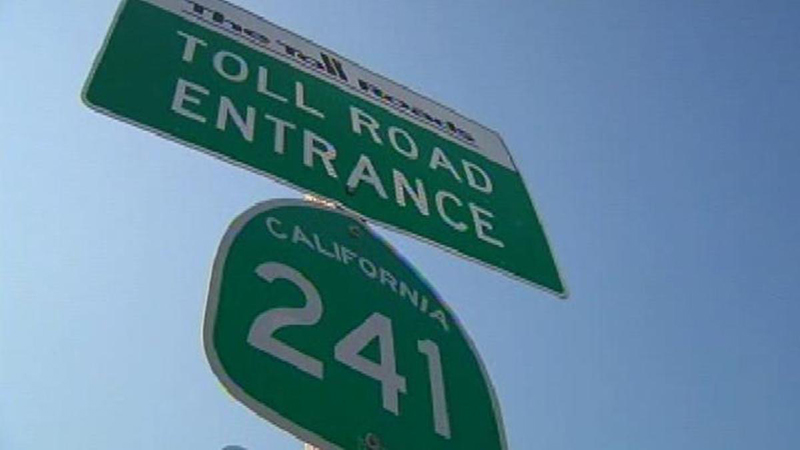 At 3:30 p.m. last Friday, while driving back to Los Angeles from Foothill Ranch, California, I needed to take Route 241. Sadly for me, the blue Mustang 500GT I rented from Hertz did not come with a GPS system. And, wanting to keep my eyes on the road and my hands on the wheel, I decided not to use my iPhone 4S to do the job.

I came up with a brilliant plan … just remember the directions. Well, my devolution into a man/machine must be fully underway, because as I headed north, the signs didn’t look familiar, so I decided to get off the road and head south.

This is where the fun began. Route 241 is part of a toll road system in California that is eponymously named, “The Toll Roads.” As I exited, I came upon a tollbooth – not a surprise. Sadly, it was unmanned, which was surprising during rush hour. To make matters worse, the tollbooth only accepted exact change ($1.25) – which I did not have. Cars behind me started honking, so I just drove through and made a big left turn to get back on 241 heading south. To my amazement, there was another tollbooth right at the entrance. It was also unmanned and it also wanted $1.25 in exact change. Cars honking, no change … now I’ve been forced to skip my second tollbooth in under two minutes. Yikes!

Now, you and I both know that the tollbooth takes pictures of every car (and probably every driver) that goes through them, so I knew I was doomed. Busted by technology in a rental car. I was just waiting to be pulled over by a State Trooper and taken in to custody.

But there was some good news. When I finally figured out that I actually did need to head north, the entrance was unguarded and there was a manned tollbooth at my proper exit. I explained my situation to him, he smiled and very courteously gave me a card with a URL on it … www.thetollroads.com/missedatoll.

This was awesome! They knew about the problem and there was a super-simple, easy way to fix it. Just log-on and pay. Right? Wrong!

The website asked for my license plate number. Being well aware that the tollbooths took a picture of my car (specifically my license plate) I had it ready. To my utter dismay, the rental car had previous violations that were unresolved so the website would not extend the courtesy of taking my money.

In fact, the website made a point of telling me that I had only 48 hours to resolve my issue and that I would be fined $57.50 plus the toll for each violation if I did not comply immediately. I was trying to comply … but there was no way to interact with The Toll Roads.

$57.50 sounded pretty steep for missing a $1.25 toll, but, in an effort to do the right thing, I decided to click the “Contact Us” link and let customer service know what happened and ask them how to pay them.

You can imagine my surprise when the “Contact Us” link returned a 404 Page Not Found error. This was not at all what I expected.

I found a phone number and called it … of course the offices were closed until Monday. It was after 5pm on Friday evening. I was not going to make the 48-hour deadline. Ugh!

I found The Toll Roads Facebook page and wrote on their wall that the “contact us” link was broken; this got a response thanking me for telling them. I immediately posted my note to the wall, but alas … no response.

I routed around the website until I found that the “Contact Us” link on the homepage actually worked (as opposed to the link on the missedatoll page).

25 minutes into this ordeal, I sent a note to The Toll Roads a note describing the situation.

Monday, I received a voicemail from a customer service agent telling me that they received my note and that I must call back immediately to avoid the fines and penalties. OK, threat understood – a call to the number she left me was answered by an announcement that the call center was too busy to take my call and that I should use thetollroads.com website to resolve my issue.

At this point, I knew there was a blog post brewing about customer service and technology, so I just turned my anger and frustration into joy and diligence. I waited a half hour and tried the number again.

The call was legendary. The young lady who answered had over 15 minutes of questions to ask me before she could take my money. Then we spent another five minutes with my credit card info. All for $2.50.

Now as sure as I’m sitting here, I’m going to receive the notice from The Toll Roads via snail mail that I owe them $57.50 x 2, plus the tolls. The young women did not offer me a confirmation number, did not apologize for my inconvenience, nothing. She just kept asking me remarkably stupid questions and giving me a choice: Visa, MasterCard or American Express.

As a case study in technological ineptitude, this is about as good as it gets. How could this issue have been avoided?

1) Man the Tollbooths
2) Put a sign before the entrance ramp that you will need exact change if you don’t have a FastPass.
3) Put change machines at each unmanned tollbooth.
4) Take credit/debit cards at tollbooths.
5) Have a website that is properly designed and fully functional.
6) Have a phone system with IVR that can take a credit card.
7) Have operators on duty 24/7 to handle problems.

Of course, all of the above requires someone in power to care about consumer experience and, more importantly to improve ROI. The least expensive phone operator that The Toll Roads could employ costs them $20 per hour after benefits and taxes. It cost them at least $5 of her time to take my $2.50. No wonder California is broke.