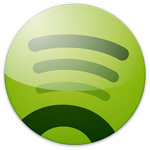 Earlier this year, Spotify rolled out a plan to get its “play” button on a host of Web sites, which let the streaming music service broaden its reach beyond Facebook. Now it’s making the same move, but with one very, very big Web site: Spotify has a distribution deal with Yahoo, which the portal says will eventually get the music service in front of 700 million users worldwide. The structure of the Yahoo deal is basically the same as Spotify’s earlier partnerships. Read the full story at All Things D.

PreviousTennessee Has Mercy On Its Drivers, Installs iPad Kiosks at DMVs NextWhy Supermarkets Are So 20th Century