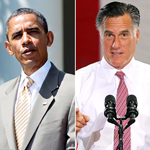 Everyone is talking about the massive amount of money that will be spent on advertising during this presidential election.  But a recent article in the New York Times illustrates that advertising alone will not win the campaign, and that organized, person-to-person persuasion remains critically important.

Entitled, “Obama Campaign Banks On High-Tech Ground Game to Reach Voters,” the article explains how “a cadre of volunteers has been formed to ‘break through the clutter’ of an expected wave of negative television ads from Romney supporters.” In other words, in an attempt to neutralize what it believes will be a Romney advantage in terms of television advertising, the Obama campaign is investing heavily in “the ground game,” whereby local supporters will be mobilized to talk to undecided voters or those who might be persuadable. “The whole point of this,” says one of Obama’s field organizers, is “to talk to people individually about the stuff the care about.” The Times estimates the investment will be in the hundreds of millions of dollars covering “state-of-the art technology for demographic data mining, consumer marketing, video production and social media. . .” and labeled the investment “a gamble, really.”

But how new and how much of a gamble is this, really?

As discussed in my new book, The Face-to-Face Book, the Obama campaign received considerable attention in 2008 for its innovative use of social media as an organizing tool. The media loved the story that the one-time community organizer was taking advantage of the newest organizing tools. Obama’s millions of online friends and his innovative use of texting were often given credit for pushing the election in his favor.

Campaign insiders, however, have a different view of what swung the 2008 election in their favor. Jon Carson, Obama’s 2008 national field director, says that the focus on the campaign’s use of social media tools “was misinterpreted by the press a lot,” adding, “Our online efforts were a net, they weren’t the engine.” Said Carson: “At the end of the day, vote contact happened because trained field organizers got their volunteers into a system that was getting door knocked and phone calls made… To win these Republican states, you have to persuade a lot of people who have never voted for a Democrat before. A lot of that is peer pressure, frankly. And so we put a top premium on local volunteers talking to their neighbors.”

Mary Joyce, who was New Media Operations for the Obama campaign in 2008, also believes that “offline engagement was most of what was going on.” House parties in the homes of everyday supporters were a “crucial organizing strategy,” she said. “It was all about leveraging people’s personal networks.”

Social media grabbed many headlines in the election of 2008 but the heavy lifting and “the sale” was made through the human network, person-to-person word of mouth. Identifying advocates and activating them offline, in local communities, was critical to the strategy.  And it was critical to the Bush’s winning campaign in 2004, as well. The Washington Post ran a story in May 2004 about the Bush campaign in the critical swing state of Ohio: “In Ohio, Building a Political Echo: Campaigns Rely on Word of Mouth to Spread Message.” Obama campaign head, David Plouffe admitted that Obama 2008 admired what they saw from Bush 2004 and sought to build on it: “We studied the Bush [2004] campaign pretty carefully. They did a great job.”

The press likes to focus on big numbers when it comes to political elections, and the ad dollars that will be spent in this campaign are definitely going to be record breaking and will certainly have a big impact. Social media is certain to become a focus of press attention too. But at the end of the day, the campaign will likely be won or lost largely as a result of the ground game — who does a better job of organizing and activating local influencers to talk to their friends, neighbors, and acquaintances and persuade them to show up and vote for their candidate.

PreviousThe business and politics of piracy NextMobileMe officially shut down; iWork.com is next