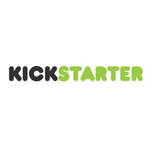 Crowdfunding platform Kickstarter has come in for a lot of plaudits for creating a new platform on which to fund startups. Certainly, since the passing of the U.S. Jobs Act earlier this year, crowdfunding is about to have its day in the sun. But it’s also had its fair share of skeptical critics. A few weeks ago, Jeanne Pi of AppsBlogger wrote about Kickstarter failures that were difficult to find. Why? Because Kickstarter prevents failed campaigns from being indexed by search engines. Following that, Kickstarter began a stats page with data and basic metrics about the projects that were unsuccessful. But according to Pi and her team, Kickstarter is still hiding much of the data about failed projects. Read the full story at Tech Crunch.