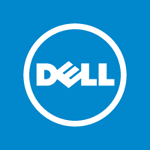 Dell, which still generates a slight majority of its revenue from PCs, isn’t really in the PC business anymore. So says founder and CEO Michael Dell, who spent a majority of his time at a conference hosted by Fortune today speaking about corporate servers, storage, networking, security, and IT services — anything, basically, but the PC business. “In the last five years, we really made a concerted shift to end-to-end IT services,” Dell said. He calls it the “new Dell,” a shift away from the PC business as the technology industry embraces the notion of the post-PC era. Dell said his company spends a majority of its research and development budget — not to mention billions of dollars in acquisitions — transforming the company. Read the full story at CNET.